Rep. Jim Jordan (R-OH) revealed on Monday that he would investigate the politicization of the Justice Department if Republicans take control of the House of Representatives after the midterm elections.

“By far the most important is the Justice Department that is now political,” Jordan, ranking member of the House Judiciary Committee, told Fox News about his priorities.

“You cannot have a political Justice Department and a free society, a free country,” Jordan argued, citing the testimony of over 14 FBI agents that have come to the House Judiciary Committee asking for whistleblower status and claiming that the bureau has been politicized.

“There is even a purging, some of these guys have said. They are trying to get rid of folks in the FBI that have conservative beliefs,” Jordan said of what whistleblowers from the bureau have told him.

Fox News host Martha MacCallum also asked Jordan to respond to an accusation made by former President Barack Obama on Saturday in which he warned that Republicans are “prepared” to impeach President Biden if they take the House.

“If they get control of Congress they will spend the next two years investigating President Biden and their political opponents. That’s all they want to do. They see it as payback. They’ve already got prepared that they’re going to impeach Biden. They’re not sure what for, but apparently, that’s beside the point,” Obama said at a Democratic campaign event in Milwaukee, Wisconsin.

“Well, a question on impeachment, that’ll be decided by the whole conference,” Jordan said, pivoting to discussing a different investigation he wants to launch related to The Post’s infamous October 2020 story on Hunter Biden’s laptop.

“Here’s what I want to focus on, two years ago this month, 51 former intel officials signed a letter that said the Hunter Biden story had ‘all the earmarks of Russian disinformation.’ That was BS. People knew it at the time it was BS. But they put that together and that became the pretext for suppressing that story,” Jordan said.

Jordan was referencing a letter delivered to Politico, after the Biden laptop story dropped, by a former top aide to CIA director John Brennan. The letter falsely argued that the disclosure of emails belonging to Joe Biden’s son had “all the classic earmarks of a Russian information operation.”

“We need to dig into how they put that together and suppressed that key story,” Jordan said, adding that he wants to know if former intelligence community officials had been in contact with the Justice Department before signing onto the letter.

Jordan added that any investigations into Hunter Biden and the Biden family’s alleged influence-peddling operations will be headed by the House Oversight Committee and not Judiciary Committee if Republicans take control of the House.

Republicans are widely expected to regain control of the House next year. The GOP needs to flip five seats in House races during the 2022 midterm elections in order to win a majority. 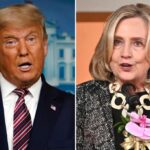 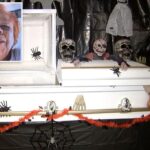