Rep. Jim Jordan’s looming investigation into the “weaponization” of the Department of Justice will zero in on a trove of documents sent by the FBI to Twitter just hours before The Post published bombshell revelations about Hunter Biden, the lawmaker told The Post in an exclusive interview.

The 10 documents were fired off by Special Agent Elvis Chan to Twitter head of Trust and Safety Yoel Roth on Oct. 13, 2020 via a one-way communications channel, Teleporter.

“Elvis Chan and Yoel Roth were doing their direct communications,” Jordan said. “It’s one of the things we want to get access to, those communications via Teleporter that took place in the run-up to the election.”

The FBI’s supposed guidance at the time was used as justification by Twitter officials to ban The Post’s exposé of Hunter Biden infamous laptop just weeks before the 2020 presidential election.

Chan will likely be hauled before Congress too, he added. “Definitely one of the people we want to talk to.”

The pugnacious Ohio Republican will have a full plate this session. He is widely expected to become the chair of the new select sub-committee that will probe FBI and DOJ weaponization, in addition to his role chairing the powerful House Judiciary Committee.

As a member of the House Oversight Committee, he also expects to play a role in their separate investigation of President Biden and son Hunter.

Jordan is planning to open his marquee select committee probe with an avalanche of FBI whistleblowers. The original roster of 14 he boasted of in November has now ballooned into “dozens” of agents who have come forward to tell their stories.

They “want to go public. It looks to us that many have already been retaliated against by the FBI,” Jordan said, saying some had been suspended or had their security clearance revoked as punishment for speaking to his office.

Another name which Americans can expect to hear more of in 2023 is Timothy Thibault, a former assistant special agent in charge of the FBI’s Washington field office.

Thibault has already earned infamy for his role in allegedly undermining the bureau’s internal probe of Hunter Biden before the election.

Jordan said one his whistleblowers has fingered Thibault as a force inside the bureau looking to improperly label cases as “domestic violent extremism — to satisfy the narrative we keep hearing from Biden and this administration that half the country is fascist and racist.

“So that’s someone we will talk to,” Jordan said.

The chairman said he believes FBI Director Christopher Wray had not been honest with him during previous appearances before the committee.

“Time and time again we have heard one thing from Chris Wray and we get the Inspector General telling us something different,” said Jordan.

Jordan and his GOP allies have cited the 1975 Church Committee as a model for how their own probe might proceed. The Senate select committee led then by Idaho Democrat Frank Church was tasked with investigating deep state abuses from the intelligence community. The committee was strongly bipartisan, and included arch-conservatives like Arizona Sen. Barry Goldwater and liberals like Minnesota Sen. Walter Mondale.

But Jordan conceded that his select sub-committee would probably be more partisan. He could not name a single House Democrat prepared to work with him.

“Before this committee was formed, Mr. Nadler said this was political and we’re going to fight it tooth and nail — which I find frustrating because this is truly about protecting the First Amendment,” Jordan said. “The Democrats used to care about the First Amendment and that’s frustrating for me. I hope that as we move through this that they will have a change of heart and work with us.”

While the Church Committee resulted in sweeping reforms, like an Executive Order from late President Gerald Ford banning political assassinations abroad, Jordan will likely have to accept more modest outcomes.

“We will be looking at some legislative changes that need to be made that would better safeguard Americans’ liberties,” he said, suggesting that revoking security clearances for feds no longer in active service would be a good start. Jordan pointedly fingered the 51 former intelligence officials who falsely branded The Post’s reporting on Hunter Biden as Russian disinformation.

Jordan continued: “My guess is those 51 former intelligence officials who signed that document that became the predicate for all the mischief and was used to tell Big Tech to be on the lookout for certain information. My guess is probably all 51 of those people still have security clearance. Well why is that?” 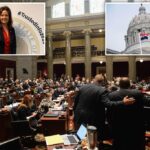 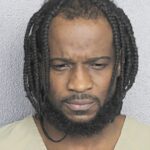