Despite appearing to be a happy family on their TV shows, the Duggars have dealt with plenty of drama behind the scenes.

Jim Bob Duggar and Michelle Duggar are famous for raising their 19 kids within a strict, conservative household. Some of their rules include a dress code, which prohibits the women in the family from showing their legs in any revealing manner and wearing pants. They are also discouraged to use birth control, while the unmarried kids must have parental chaperones while they go on dates.

In recent years, many of the older Duggar kids have broken Jim Bob and Michelle’s infamous rules by adopting jeans into their wardrobe and living less conservative lifestyles.

Meanwhile, some of the family members have gone as far as to distance themselves from Jim Bob and Michelle.

The first Duggar child to become estranged from the family was Jill Duggar, who has kept her distance after her husband, Derrick Dillard, was fired from Counting On in 2017. He was let go from the show after he came under fire for sharing his controversial views about transgender people on social media.

In addition to no longer starring on the TLC show, Jill and Derick began to break several of her parents’ rules including sending their kids to public school instead of homeschooling.

Another family member to call out the way Jim Bob and Michelle raised their kids is Jinger Duggar, who has criticized the religion they were raised in. She has since left the Institute of Basic Life Principles (IBLP), which the mother of two has called “wrong.”

In her January 2023 memoir, Becoming Free Indeed: My Story of Disentangling Faith from Fear, Jinger revealed that her brother-in-law, Ben Seewald, helped her realize that the religion’s teachings don’t line up with her personal beliefs.

“I realized that some of what I had been taught was hurtful and untrue,” Jinger wrote about the IBLP beliefs she was raised under in her book. “I knew I needed to speak publicly about this because I promoted teachings that I now believe are damaging.”

Reflecting on the guidance she received from Jessa Duggar’s husband, the former TV personality continued, “I noticed his church read the Bible in its entirety and preached scripture that way. I feel like now I’m in a much better place. I see God as amazing.”

Keep scrolling to see what the Duggars have had to say about being estranged from their family members. 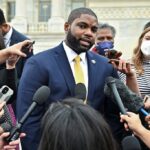 Who is Byron Donalds, the Republican nominated for speaker? 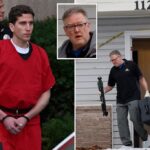