“Jim Bob and Michelle aren’t thrilled by Jinger’s book coming out, but they are hoping for the best,” the insider reveals. “They’re not sure of all the topics she’ll cover, but they have prayed about it and hope that it’s honest, respectful and doesn’t dredge up too much of their family troubles.”

After announcing her new book, Becoming Free Indeed, on November 7, Jinger, 28, explained that it is not a tell-all about her famous family. Instead, the book will look at her “spiritual journey.” The former reality star will take a deep dive into her  religious beliefs as she explains her decision to abandon the “wrong” and hurtful teachings of Institute of Basic Life Principles (IBLP) minister Bill Gothard.

Additionally, the book will explore how a yet-to-be-named brother-in-law “who didn’t grow up in the same tight-knit conservative circle” as the Duggars encouraged the TLC alum to examine her beliefs. Jim Bob and Michelle raised their kids to follow the IBLP organization’s ministry, which Jinger now believes influenced her to build her life on “rules, not God’s Word.”

However, it’s likely that some of her family drama – including her older brother Josh Duggar’s arrest on child pornography charges and his 2015 molestation scandal – could be topics of discussion.

The insider adds that Jim Bob, 57, and Michelle, 56, “fear the worst” for what Jinger will discuss in the book, “especially stories about their faith, raising their large family and especially the dark Josh incident.” The source adds, “The last thing they want is to bring more unwanted, negative attention and scrutiny to their family.”

“It’s no secret that Jim Bob and Michelle would rather all their children keep family matters private,” the insider continues. “A tell-all book from one of their own isn’t something they ever worried about, until now.”

The Counting On alum and her husband, Jeremy Vuolo, have slowly moved away from Jim Bob and Michelle’s strict rules. In 2019, the couple relocated to California and have been living a less conservative lifestyle than the one she was raised with. Over the years, Jinger has become one of the most outspoken of her family members regarding her upbringing.

“They feel that Jinger and Jeremy have changed and that the book is bound to touch on some controversial family issues,” the insider adds. “Another concern is that Jinger will most likely promote the book and do interviews and Jim Bob and Michelle worry about the questions she’ll be asked and how she’ll answer. It’s definitely a tense time.”

“Even though they don’t agree with all their life choices, they still love Jinger and Jeremy,” the source notes. “Jim Bob and Michelle are bracing themselves and just praying that while Jinger was writing the book she stayed true to their family’s core values.” 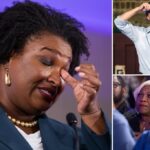 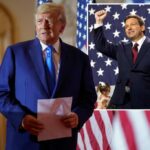