New beginnings! Counting On alum Jill Duggar and husband Derick Dillard have moved into a new home with their growing family on the border of Oklahoma and Arkansas after Derick accepted a new job.

“We moved!! It’s been a crazy several weeks for us, but we are finally settling into our new place!” the former reality TV star shared via their family’s blog on June 4, before going on to explain the reason behind their big move.

“Derick was recently sworn in as an attorney in Little Rock, Arkansas, and then started the transfer process for his new public service job as a prosecutor in Oklahoma,” she added. “In between all of that, we bought a home on the Arkansas/Oklahoma border (in Siloam Springs), had a few renovations done and then moved in!”

The family of four spent the last couple of weeks settling into their new abode. The couple – who married in 2014 – share sons Israel, 7, and Samuel, 4, and welcomed their youngest child, son Freddy, on July 7.

At the time, the TLC stars were trying to get “all the things in order” before Freddy’s birth.

The pair announced that they were expecting their third child in February after Jill suffered a miscarriage in October 2021.

“We are excited to announce that God has answered our prayers and we are expecting our rainbow baby due July 2022!” they wrote on their family blog, adding, “We are so thankful for a healthy baby and pregnancy so far, and we look forward to finding out the gender soon!”

As In Touch previously reported, the happy couple sold their Lowell, Arkansas, home for $305,000 in May 2022. The one-story brick house featured large street-facing windows and a two-car garage. The four-bedroom, two-bathroom home was 1,486 square feet and sat on an 8,276-square-foot lot.

The listing revealed that the house includes an “open floor plan, eat-in kitchen, covered back patio and fenced backyard,” which “gives ample space to entertain with friends and family.”

The former TLC stars hoped that their old home “brings much joy to the next family who will get to make memories” there.

Scroll down for a tour of Jill and Derick’s new home! 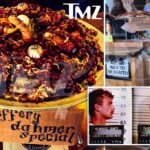 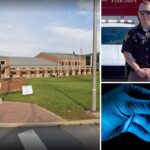