A Maryland high school had its entrance sign slapped in paint with the bigoted message “Jews Not Welcome,” mere days after it held a schoolwide lesson on anti-Semitism.

Robert Dodd, the principal of Walt Whitman High School in Bethesda, delivered the news in a letter to parents Saturday as Montgomery County police were looking for the vandal.

In his letter, Dodd urged anyone with information about the incident to come forward, adding “this behavior is abhorrent, extremely hurtful, and will not be tolerated at Walt Whitman High School.”

The school’s Jewish Student Union and staff had worked together Wednesday to give the entire school a lesson about anti-Semitism, he added. The exercise included students’ accounts of their personal experiences at the high school, the principal noted.

Cops responded to a complaint about the vandalism around 8:04 a.m. but had no immediate leads for potential suspects, police said.

Montgomery County Council President Evan Glass (D-At Large) told the Washington Post that county police also are investigating another instance of anti-Semitc graffiti discovered a day earlier, when someone painted a swastika at Montgomery Mall, which is four miles from the high school.

“anti-Semitism is on the rise in Montgomery County and the D.C. region. There are more and more brazen remarks being made that are chilling to Jewish people like me and the broader community,” Glass said. 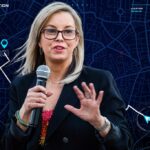 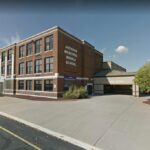