A jewelry heist gang who allegedly robbed their way through cities in Florida, Georgia and North Carolina targeting Asian people were finally stopped in Texas this week, police officers confirmed to The Post.

Investigators in the Dallas suburb of Plano had been trailing the gang for a year after a spike in apartment burglaries which all followed the same pattern — a front door forced open and gold or jewelry stolen, the department said, noting the residents of the homes were always of Asian descent.

Plano police arrested illegal immigrant Jose Gonzalez, 58 and accomplices Libardo Soto, 35, and Melba Gaitan, 53, on Monday. They claim they are linked to at least 15 different burglaries in the Dallas-Fort Worth area, and that Indian people had specifically been targeted.

Eventually, Plano authorities working with other police forces and federal agencies arrested Soto and Gaitan in the Houston area. Gonzalez is jailed in Miami and awaiting deportation, as he was in the country illegally, police said.

Five additional victims in North Carolina, three in Florida and one in Georgia have also been identified as victims of crimes matching the same method and tied to the same suspects, and cops think there could be more out there.

“We strongly suspect that there are more [suspects] out there,” Plano Police Officer Andre Smith told The Post.” This has just opened our eyes and we’re going to try to cast this net as big as we can.”

When law enforcement searched their homes, they discovered a combined $35,000 in cash and jewelry valued up to $200,000. Tools for dismantling jewelry and contact information for retailers that buy gold and silver were also found.

The department didn’t want to speculate on why people of Asian descent were singled out, but Dinesh Hooda of the Indian Association of North Texas did.

“They were specifically targeting the Indian community because they see we wear lots of jewelry, are wealthy people and keep a lot of cash,” Hooda told WFAA. 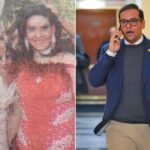 George Santos dressed in drag more than decade ago in Brazil: report 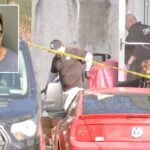