A person of interest has been taken into custody in connection to the kidnapping of a California family — including an 8-month-old baby — whose vehicle was found engulfed in flames, police said.

Jesus Manuel Salgado, 48, was detained Tuesday after investigators caught him on surveillance camera using one of the victim’s ATM cards in Atwater, according to the Merced County Sheriff’s Office.

Before police engaged Salgado — who was considered armed and dangerous — he attempted to take his own life, police said. He is undergoing medical treatment while in custody and is in critical condition.

California fire officials responded to a report of a 2020 Dodge Ram truck on fire in Winton around 11:40 on Monday registered to Amandeep Singh. When neither police nor family members could contact Singh, they reported him and three others as missing.

The Merced County Sheriff’s Office said the four family members were taken against their will on Monday from a business in the 800 block of South Highway 59 in the south Merced area around 1 p.m. the same day.

Police are still looking for the missing victims, identified as 8-month-old Aroohi Dher; her mother, Jasleen Kaur, 27; father, Jasdeep Singh, 36; and uncle Amandeep Singh, 39. Officials have asked for the public’s assistance in helping locate them.

Merced County Sheriff Vernon Warnke said in a video update Tuesday his investigators had not determined why the “lowlife” abducted the family. No ransom demand had been made since they were taken Monday, he added.

The sheriff said it appears that the “individuals involved” destroyed evidence as they tried to cover their tracks.

“People are going to be working 24 hours on this until we get a break in this,” Warnke vowed. “We got to bring this family home safely.” 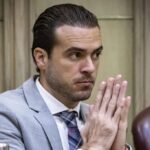 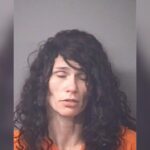