Little People, Big World alum Jeremy Roloff and wife Audrey Roloff enjoyed a family day at a local pumpkin patch, but it was not Roloff Farms.

“Preschool pumpkin patch field trip,” Audrey, 31, wrote over an Instagram Story video of daughter Ember riding in the back of a tractor. “[Radley’s] first pumpkin patch.”

The couple made it a family day as they posed with their three children while picking out pumpkins from a local pumpkin patch.

Jeremy, 32, and Audrey, who share children Ember, Bode and Radley, have famously been at odds with his reality TV family over the sale of Roloff Farms.

“We tried to [purchase Roloff Farms] back in May of 2020. We shared what we felt comfortable sharing about that in a podcast episode,” Audrey shared via an Instagram Story Q&A in June. “Jer and I hoped to take over his parents’ farm (or a portion of it) since he was a child. It was something he was led to believe was possible.”

“He made it very known to his family and publicly on TV,” the “Behind the Scenes” podcast host continued. “It became a mutual dream when we got married, and we started working towards it.”

The pair – who tied the knot in September 2014 – made their desires known and “very public” during their time on the TLC series until their departure in July 2018, as well as in their book and on social media.

“When we were finally at a point where it was practically possible, we made an offer, but realized maybe it wasn’t meant to be,” she continued. “We realized that Jer’s family was not actually as aligned in the progression towards us acquiring it as we thought they were.”

“We really did think we’d raise our kids there. Like I said, it was the death of a dream,” she said, noting that it was “incredibly hard” to let go of their dream.

For his part, Jeremy reiterated that it was “[their] single goal and biggest dream for [nine] years,” as well as his dream since he was a child.

“I think other parties involved didn’t know what they wanted and/or were scared. And humans do bizarre things when they don’t know what they want and/or are scared,” he added in a January response to a fan’s question. “Right now, we’re looking forward to a new adventure and what the Lord might have for us!”

The pair went on to purchase a farm of their own near Audrey’s parents’ home, In Touch confirmed in July.

“After a two-year search spanning all over the state of Oregon … IT. IS. TIME,” Audrey announced days after the news broke. “We bought a farm! And look what’s in our backyard … Yup, that’s our trestle.” 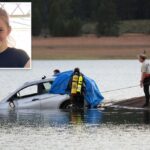 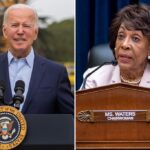 Biden praises Maxine Waters, says he agrees with ‘whatever’ she says