Working woman! 90 Day Fiancé star Jenny Slatten has had several careers in her work history, proving that she knows how to make a living to support herself and her family. The California native was a single mom of three daughters (and grandmother of four) before she met her second husband, Sumit Singh, and she held lots of jobs before she entered retirement after her move to India. Keep scrolling below to learn more about Jenny’s job history.

What Was Jenny Slatten’s Job Before ’90 Day Fiance’?

According to Jenny’s official Facebook page, Jenny previously worked in quality assurance for TE Connectivity and she was a former sales associate at RadioShack.

Before her big move to India in 2018, Jenny worked in the hospitality industry. At the time of filming her debut season 1 of 90 Day Fiancé: The Other Way with Sumit, she was working at a resort. According to her Facebook, her former place of employment was Shadow Ridge Marriot resort and she held a housekeeping position.

“I’m gonna go and start a new life with Sumit so that’s why I just recently quit my job and my plan is to take out all my savings and I’m moving to India in two weeks,” she said in her confessional on the season 1 premiere in 2019. She planned to cash in her 401k from her job at the resort as well as wipe out the $6,000 she had in savings, and met with a financial advisor to find out if that would be enough to live off of for the rest of her life in India with Sumit. However, her advisor said she would only be able to live off of her 401k and her savings for about six to nine months abroad.

Her advisor then asked if Jenny had a plan on how to survive financially once her 401k and savings money ran out. “I was told apply for social security before I go because it’d still be going in my bank here right?” she asked, but she was in for a rude awakening.

In her confessional, Jenny said, “As soon as I get to India, we have to get married so I can apply for a work visa and wait for it to be approved because I’m gonna have to get a job. I need to hit the ground running.”

However, 90 Day Fiancé fans will recall that’s not how their story played out. Jenny moved to India on season 1 but she quickly realized that Sumit was keeping a huge secret from her: he had a wife that he had wed during an arranged marriage that his parents had set up for him. Jenny and Sumit had previously met in 2011 and they dated long-distance, but after Jenny visited Sumit in India for the first time, his parents did not approve because of their 30-year age gap. Instead, they set Sumit up with a woman his age and the couple married — but Sumit continued his long-distance relationship with Jenny online.

After learning about the shocking betrayal, Jenny returned to live in the United States briefly while Sumit vowed to divorce his current wife so that he and Jenny could wed. She returned to India in 2019 and season 2 documented the process as Sumit waited for his divorce to be finalized. The couple finally wed in August 2021 and their wedding played out on an episode of 90 Day Fiancé: The Other Way season 3. The couple continued to share their story on season 7 of the TLC spinoff 90 Day Fiancé: Happily Ever After?

On season 7, Jenny and Sumit could not come to an agreement about employment. Sumit wanted to return to the workforce and restart his career as a chef, but Jenny preferred that Sumit didn’t work so he could spend more time with her at home. “Six days a week is too much,” she argued with him during a September 2022 episode. “I have money too coming in. Now, I get my retirement and my social security … I’m not gonna depend only on you.”

What Else Does ’90 Day Fiance’ Star Jenny Slatten Do for a Living?

On top of her social security and retirement payments, Jenny has several other streams of income. In September 2021, it was rumored that Jenny had taken a position at a hotel in India as a concierge. However, it seems she had left her job there to become her own boss — and it seems she changed her mind about allowing Sumit to continue his job in the culinary field.

In August 2022, a fan commented on Jenny’s official Facebook post featuring photos of her and Sumit. “Can you tell us if either of you have jobs? Thank you,” the follower asked. “Yes we have [an] online business and Sumit is [a] cook,” Jenny replied from her verified account.

Jenny and Sumit also earn a paycheck from filming several seasons of the TLC franchise. On top of that, Jenny is on Cameo, where she charges fans $75 for a personalized video message. 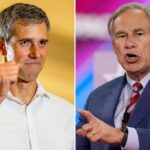 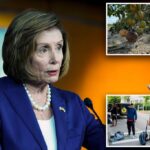