The body of a Pennsylvania woman who has been missing for over two weeks after she failed to pick up her son from his bus stop has been found wrapped in plastic in a shallow grave.

Authorities have not announced any arrests or a cause of death.

Brown was last seen at 2 p.m. on Jan. 3 by her friend and business partner Antonio “Blair” Watts-Richardson, who told NBC10 he took her son to his house for a sleepover that night.

“I put Noah on the bus the next day,” he told the outlet.

But Brown never showed up to pick Noah up at the stop. Her keys, wallet and work cellphone were found in her car outside her home on Stratford Court, officials said.

Last week, Watts-Richardson told the news outlet that Brown had been preparing to open a restaurant and was stressed due to family and work matters.

He said Wednesday that he has “nothing to do with anything” involving her disappearance and death.

“Just because I’m the last person to see her, that does not mean anything,” he told the Philly station.

“It seems like I’m being the one poked at. And it’s frustrating because I’m the first person that was the one calling the police, trying to kick down windows. Trying to find my friend. Trying to make sure her son is covered,” he said.

Brown’s body, which was found in an industrial complex in Royersford, was to be transported to the coroner’s office, where an autopsy will be performed.

“I can’t tell you how many people have worked through this and helped,” Steele told reporters Wednesday after the gruesome discovery.

“We hoped and prayed she would be safe, and she is not,” he added as he described Brown as a “devoted mother of an 8-year-old boy.”

He said that “by all accounts, she would have never left him unattended and unsupervised.”

“I call her helicopter mom. She loves her son. She would never leave her son,” she told the news outlet.

Brown’s neighbor Billy Jo Salkowski expressed relief that this part of the investigation is over but wants justice for the slain mom. 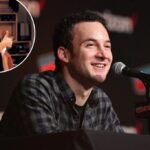 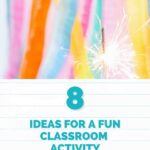 8 Ideas for a Fun Classroom Activity