90 Day Fiancé star Jenn Davis (née Potthast) may be on the hit series thanks to her sister Elizabeth Potthast and her brother-in-law Andrei Castravet — but who is Jenn’s ex-husband and why did they get divorced? Keep reading to find out everything we know about Orlando Davis.

Jenn’s ex-husband, Orlando Davis, is a popular DJ who hosts his daily radio morning show, “Orlando and the Freakshow,” on WiLD 94.1 which broadcasts to the Tampa and St. Petersburg areas in Florida.

According to his radio station biography, the Gary, Indiana native attended both Florida A&M and Florida State University, where he “cultivated a love of music that spanned his diverse upbringing.” Following an internship at a top 40 station in Tallahassee, Florida, he made the move from an unpaid intern to the “corner office” in three years.

When Did Jenn Davis and Orlando Davis Get Divorced?

Orlando petitioned for divorce from Jenn and it was finalized on September 1, 2011, according to court documents exclusively obtained by In Touch.

Do Jenn and Orlando Have Kids?

The pair share two daughters, Kaelyn and Brielle. On his podcast, “Orlando & The Freakshow,” he let it slip that he does not approve of his daughters appearing in the long-running franchise and considered taking legal action after Jenn pulled out of their daughters out of school to film.

“I think the show is trash,” the dad of two explained during a September 2022 episode. “I think our family, my extended family on her side, has jumped in both feet and there like ‘Yo, we don’t mind, there are some benefits to being involved in some trashy TV.’ So they’re cool with it [and] I’m like, ‘Leave my daughters out of it.’”

“My lawyer is like waiting, like OK, we can serve something since you didn’t allow it, and I don’t wanna go there,” he went on. “That’s been a tug of war because this is their thing and [Jenn’s] like, ‘I want my daughter’s involved in it.’” 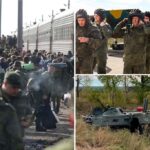 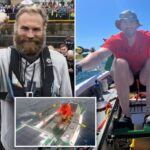