90 Day Fiancé isn’t Elizabeth Potthast’s sister Jenn Davis’ only claim to fame! While she’s best known for stirring the pot in her family drama, the mom of two was previously married to Florida-based radio DJ Orlando Davis before he filed for divorce in 2011, In Touch can exclusively confirm. Keep scrolling below to find out more about Orlando and his marriage to Jenn.

Jenn’s ex-husband is a popular DJ who hosts the daily morning radio show “Orlando and the Freakshow” on WiLD 94.1 which broadcasts to the Tampa and St. Petersburg areas in Florida.

According to his radio station biography, he’s known throughout the industry as “one of the leading program directors and air personalities in the country.” Also calling artists such as DJ Khaled, Ariana Grande and Wyclef Jean his friends, it’s clear Jenn’s former partner is a local celebrity himself.

While Jenn has no issue with her villain role on the long-running TLC franchise, Orlando is not on board with his two daughters, Kaelyn and Brielle, being shown onscreen.

“I think the show is trash,” the dad of two explained on his “Freakshow Daily Podcast” on Monday, September 26. “I think our family, my extended family on her side, has jumped in both feet and there like ‘Yo, we don’t mind, there are some benefits to being involved in some trashy TV.’ So they’re cool with it [and] I’m like, ‘Leave my daughters out of it.’”

While Orlando is fiercely protective of his daughters against online trolls, he also referenced a recent episode of 90 Day Fiancé: Happily Ever After? where he claimed Jenn pulled their daughter out of school to film the reality TV series.

“My lawyer is like waiting, like OK, we can serve something since you didn’t allow it, and I don’t wanna go there,” he went on. “That’s been a tug of war because this is their thing and [Jenn’s] like, ‘I want my daughter’s involved in it.’”

When Did Jenn And Orlando Get Divorced?

Orlando petitioned for divorce from Jenn and their legal separation was finalized on September 1, 2011, according to court documents obtained by In Touch.

In the filing, the parents were granted joint parental responsibility for their two daughters. The Indiana native is responsible for paying his former wife the sum of $3,350 per month, along with being responsible for their daughter’s private school costs and health and dental insurance. 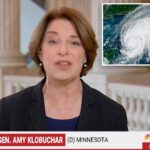 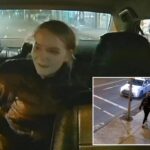 Woman who carjacked taxi driver at knifepoint captured on video