Peaks and pitfalls. Teen Mom 2 alum Jenelle Evans and husband David Eason may be considered one of the most controversial couples to ever appear on the reality series, and they have certainly gone through their fair share of ups and downs over the years. The reality star made her relationship with David public back in 2015. After tying the knot in September 2017, the couple’s relationship hit a major setback after David was fired by MTV.

In February 2018, David came under fire after posting a series of homophobic tweets. The former reality star was responding to a tweet about a South Carolina bill to allow concealed carry schools in which a Twitter user suggested that education is how parents should protect their kids.

“And just what makes you think you have a right to tell me how to be a parent?” David responded. “Because you think you know me? LMAO, why don’t you go tell the homo and transgender parents to start teaching their kids better morals. Oh, I forgot, that’s supposed to be normal.”

David later added that he planned to teach his children “not to associate” with homosexual or transgender individuals. “If you lay down with dogs, you get up with fleas,” he added.

Teen Mom fans immediately called for his firing over the hateful and homophobic remarks, however David was not done.

“Homophobic? You really lost it now. I’m not scared [of] s–t, especially a homo,” he later tweeted. Just one day later, MTV released a statement confirming that David would no longer appear on the long-running series.

“David Eason’s personal comments do not reflect the views of MTV,” their official statement read. “With six weeks left of production on Teen Mom 2, effective immediately, we are ending our relationship with him.”

After months of filming outside of their North Carolina home in order for MTV to avoid shooting with David, Jenelle was also fired by the network after another family controversy.

It was later revealed that her husband shot and killed the family’s pet after she allegedly nipped at their toddler daughter.

“I dont give a damn what animal bites my baby on the face,” David admitted in an Instagram video the following month. “Whether it be your dog or mine, a dog is a dog and I dont put up with that s—t at all. I’m all about protecting my family, it is my life’s mission. Some people are worth killing or dying for and my family means that much to me.”

In a statement shared with Us Weekly, MTV said they “stopped filming” with the Read Between the Lines author “as of April 6, 2019,” adding that they had “no plans to cover her story in the upcoming season.” 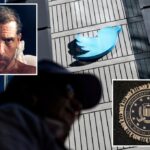 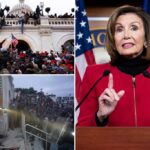