“Our hearts are broken & the world will never be the same. Our dearest #Rocky has left us,” Jen, 48, wrote alongside several photos of Rocky via Instagram on Sunday, October 2. “He had a wonderful life of 15+ years, brought so much joy to our family, & truly was the most gentle, loving, & loyal member of our family.”

“We tried so hard to have him with us a little bit longer but God had other plans for the #Rockstar,” she added.

Jen then explained that the dog left a major impact on her husband, Bill Klein. “Rocky inspired @reallybillklein to create the #popuppeepad & with #Maggie inspired us to create @rockyandmaggies,” she wrote. “His legacy will live on forever just as he will live on forever in our hearts. RIP #DOODLEBUG WE LOVE YOU WITH ALL OUR  💕.”

The former TLC star shared the sad news just four days after she revealed Rocky was in the ICU. “Please pray for the best Chihuahua and friend anyone could ever have,” she wrote via Instagram on September 29. “Rocky is in the ICU and we are praying that he spends a little bit more time with us. We know the world loves Rocky as much as we do.”

Two days later, Jen revealed that Rocky’s health wasn’t looking good after spending three days in the ICU. “Today not the best day for #Rocky. Trying to keep smiling for #Rocky & the kids,” she wrote via Instagram. “Enjoying some snuggle time at the animal hospital. Please keep your thoughts coming… next 48hrs will determine if Rocky is responding to treatment. Thank you to the whole team @tuftsuniversity.”

The family’s loss comes nearly two months after they moved into their new home in Boston.

After relocating from Florida to Boston for Jen’s new job as the program director of Boston Children’s Hospital’s Simulator Program in February, the neonatologist exclusively confirmed to In Touch that they were “building” their new home in Boston in May 2022.

On August 13, Jen confirmed via an Instagram Live video that they had officially moved into the new home. 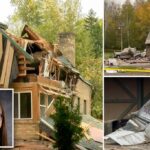 Plane crashes into Minnesota home, killing all 3 aboard 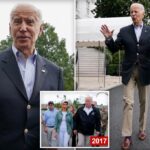 Matt Says Caryn ‘Took a Step Back’ in Family Drama