Two women claiming they were sexually assaulted by Jeffrey Epstein have filed separate lawsuits against the billionaire pedophile’s estate under the Adult Survivor’s Act.

The lawsuits are the first to be filed against Epstein’s estate under the ASA, which opened a one year legal window for sex assault victims whose cases are too old to bring to court, although at least 10 others have previously been filed under the Child Victims Act, including cases by Jennifer Aroaz and multiple unnamed women.

The victims, who were identified in court papers only as Mia Doe and Naomi Doe, each claim they were recruited by a young woman to give Epstein a massage at his Manhattan mansion, according to court papers.

Both women claim Epstein sexually abused them during the massages, although Mia Doe claims she broke away from Epstein’s grip and never returned, while Naomi Doe said that she was abused 10 times.

The lawsuits both name Epstein’s estate as the sole defendant and do not specify damages. 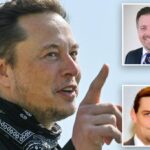 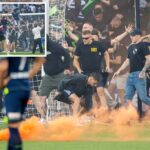