A united front. Counting On alum Jed Duggar explained how he and his family extend their support to Josh Duggar’s wife, Anna Duggar, amid the disgraced former reality TV star’s imprisonment.

Jed, 23, and his wife, Katey Duggar, responded to fan questions in a YouTube video on Friday, October 28, answering one that asked, “How are you all doing with Josh’s situation?”

“Yeah, that’s been probably one of the hardest things for our family,” the TLC alum began. “It has saddened us — my oldest brother, his decisions, things that he’s done. It’s a very sensitive spot in our family. Especially with Anna, you know, their kiddos, and [we] just try to be there for them as much as we can. Um, be there for our other family members. I think spending time together as a family is important too, talking about things, and just being there.”

Jed then described the “main purpose” he and Katey, 23, have, which is how they “can show love to [their] family,” adding, “It’s just a hard time.”

Jed’s comments came one day after a source exclusively described to In Touch how Anna’s relationship with the Duggars has changed.

“The Duggar family fully supports Anna, but it’s complicated,” the insider said on Thursday, October 27. “There are a lot of hurt feelings over what Josh did. She still attends family functions because her kids love their cousins, aunts and uncles, but it’s not the same for Anna.”

Since Anna now has a strained relationship with the Duggars, a separate insider exclusively told In Touch that the former 19 Kids and Counting star has been “distancing herself from Josh’s sisters.”

“It started after some family members spoke out about Josh’s arrest,” the source said on Wednesday, October 26. “It was a nightmare navigating all that. Yes, it was horrible what Josh was accused of, but she needed unconditional support. Anna took it as a betrayal and she’s still not ready to fully forgive some family members.” 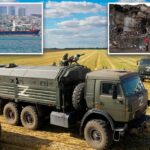 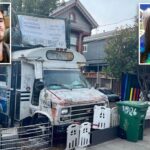