Playboy model Jasmine Fiore is believed to be murdered by her husband, Ryan Jenkins, who had gained notoriety on numerous reality television shows. Keep reading to learn about the Playboy murders, Jenkins and more.

Who Is Ryan Jenkins?

Jenkins was a Canadian real estate investor and entrepreneur. However, he gained notoriety thanks to his time as a reality star.

He and Fiore met at a casino in Las Vegas, Nevada. Just two days later, they wed at A Little White Wedding Chapel on March 18, 2009. They were married for five months before her body was found dismembered and stuffed into a suitcase in a dumpster in Buena Park, California. She was 28 years old.

What Happened to Jasmine Fiore?

Jenkins, who was 32 at the time, and Fiore checked into a hotel in San Diego, California, on August 13, 2009, to attend a charity poker tournament. Surveillance footage showed them leaving the event together at the Del Mar Hilton at 2:30 a.m. on August 14, 2009. They were later seen at a nightclub, but around 4:30 a.m., Jenkins returned to their hotel alone. Fiore was not seen alive again.

Fiore’s body was discovered less than 24 hours later badly beaten and stuffed in a suitcase. Her teeth and fingers had been removed, which investigators thought was an effort to slow the identification process. They were able to identify her on August 18, 2009, using the serial number on her breast implants.

Where Is Ryan Jenkins Now?

Jenkins reported his wife missing at 8:55 p.m. on August 15, 2009, claiming that she dropped him off at their apartment after returning from San Diego one day prior, left to do errands and never returned.

Jenkins fled from their Los Angeles apartment on August 16, 2009. He picked up his boat in Las Vegas and made it over the border to his native Canada.

He died by suicide in a hotel room in Hope, British Columbia, Canada, and was found by staffers on August 23, 2009.

What Reality Shows Was Ryan Jenkins On?

Jenkins appeared on Megan Wants a Millionaire, starring former Playboy model Megan Hauserman. The premise was that of a typical reality dating show, except the leading lady was open about looking for a wealthy spouse. Surprisingly, Jenkins was almost Hauserman’s final pick.

“I actually really liked Ryan and I wanted to pick him as the winner,” she recalled to Entertainment Weekly. “I got his phone number and called him when we weren’t filming. We would talk on the phone at night time. We were having a phone relationship outside of filming, which nobody knew about. I basically told him, ‘I’m going to pick you.’”

However, when Hauserman told producers her plan to pursue things with Jenkins, they advised against it because he “wasn’t likable in his interviews,” explaining that viewers wouldn’t want him to win. She ended up heeding their advice and eliminated him during the finale.

Hauserman planned on reconnecting with him once filming wrapped, but he had already moved on with Fiore. Hauserman recalled being shocked by the news that he married Fiore in Las Vegas very quickly after leaving Megan Wants a Millionaire.

“He called me and said, ‘I have to tell you something. I was so upset when I left the show, I went to Vegas and I met a girl. She’s my soulmate, and we got married,’” Hauserman said about their conversation.

Jenkins was charged with Fiore’s murder, although he died before going to trial. Police later found a one-page suicide note on his laptop titled “Will and Testament.”

“About half of the letter described how much he loved her, and in the same breath, he would talk about how frustrated she made him and that he felt very jealous about some of her relationships and that frustrated him immensely,” Sgt. Bill Kohanek told CBS News at the time.

Death by Fame premieres on ID Monday, January 23, at 9 p.m. ET, followed by The Playboy Murders at 10 p.m. ET. Both series will stream the same day on Discovery+. 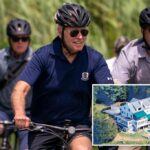 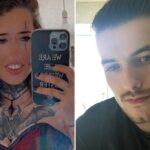