Jacksonville cops on Wednesday announced the arrest of a suspect in the cold-blooded murder of a Microsoft executive last year — but noted they do not believe he acted alone.

Henry Tenon, 61, has been charged with second-degree murder and other raps for the February shooting death of Jared Bridegan in front of his 2-year-old daughter.

The department did not take questions Wednesday and declined to specify a motive or if there was any personal connection between Tenon and Bridegan.

Although officials said Tenon did not act alone they also refused to say if they had any information linking him to Shanna Gardner-Fernandez, Bridegan’s ex-wife or her new husband, Mario Fernandez, who had previously been named suspects in the case.

“We hope to have more answers to provide to you, even if it cannot be today,” Jacksonville Beach Police Chief Gene Paul Smith said.

Bridegan, 33, was driving home to St. Augustine after dropping off his two children he shared with Gardner-Fernandez at her Jacksonville Beach home.

With his 2-year-old daughter Bexley sitting in the back seat, Bridegan spotted a tire in the middle of the road and pulled over to remove it.

In what cops believe was a planned ambush, a gunman fatally shot Bridegan after he stepped out of the SUV.

Bexley, one of two kids Bridegan shared with his second wife, Kirsten Bridegan, sat in the car on the deserted street for roughly three minutes before a passerby saw her father lying in the road and called 911.

It later came to light that Bridegan has been warring with Gardner-Fernandez over custody of their two kids, and that their marriage reportedly crumbled after she had an affair.

Fox News reported this week that Gardner-Fernandez, 35, recently moved with her two children to Richland, Washington, without her husband.

Sources told the outlet that they are now estranged.

She moved into a six-bedroom home purchased by her parents, Shelli and Sterling Gardner, for $1 million in September, according to property records.

Shelli Sterling established a lucrative paper-craft company that generates up to $100 million in revenue each year, according to IncFact.

Gardner-Fernandez was once an ardent follower of her family’s Mormon faith, but abandoned the church some years ago, according to reports.

While she has vehemently denied any role in Bridegan’s death, Gardner-Fernandez acknowledged to the Florida Times-Union that she once asked a tattoo parlor staffer if he knew anyone who could silence her burdensome ex-husband.

But she dismissed it as nothing more than a macabre quip, asserting that those in the midst of divorces often make offhanded statements of that sort.

“I feel for Jared’s family and what they are going through. I can’t even imagine,” she told the outlet. “I have tried to be respectful. I have tried to give them space.”

The slain father’s new wife, Kirsten Bridegan has doggedly pushed for an arrest in the case as she faces the prospect of raising their two kids without their doting dad.

While Bexley has bravely pressed forth after witnessing her father’s killing, her mother told Fox News that she faces an arduous emotional road ahead.

“It’s going to be a lifetime for her of processing those feelings and the trauma of what she went through,” she said. 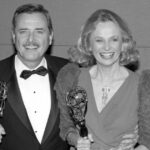 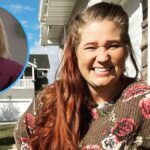