Five hundred years of history have gone down the drain.

Japan’s oldest toilet located inside an ancient temple in Kyoto was damaged when a car accidentally backed into it.

The 30-year-old driver, who works for the Kyoto Heritage Preservation Association — an institution dedicated to preserving cultural heritage sites — inadvertently accelerated his Toyota WiLL Vi without noticing that the gear was in reverse and slammed into the centuries-old door of the communal toilet at the Tofukuji temple, reported the Japanese publication The Asahi Shimbun.

The backup collision damaged the wooden double doors and several pillars inside he ancient restroom, which houses about 20 toilets: two rows of circular holes carved into stone blocks, reported SoraNews24.com.

The latrines themselves emerged from the incident unscathed.

The hapless driver remained at the scene and called the police. No one was inside the Zen Buddhist temple at the time of the crash Monday morning and no injuries were reported.

According to the Japanese broadcaster NHK, the “tosu” toilet was built more than 500 years ago during the Muromachi Period to be used by monks in training.

It’s nicknamed the “hyakusecchin,” which means 100-person toilet, because it was patronized by some 100 trainee monks.

The facilities have not been in use for more than a century.

Toshio Ishikawa, director of the temple’s research institute, said he was “stunned” by the extent of the damage and predicted that it could take up to a year to complete the repairs to the site, which is designated as an important cultural property. 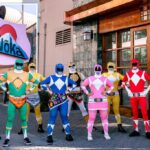