A Japanese rocket carrying eight satellites deviated from its trajectory just after liftoff Wednesday and had to be aborted by a self-destruction command, making it Japan’s first failed launch in nearly 20 years, the country’s space agency said.

The Epsilon-6 rocket’s flight had to be scrapped less than seven minutes after takeoff from the Uchinoura Space Center in the southern Japanese prefecture of Kagoshima, Japan Aerospace Exploration Agency president Hiroshi Yamakawa said.

“We deeply apologize for our failure to live up to the expectations” of local officials and those who were involved in the development of the satellites,” Yamakawa said, pledging to assist in the investigation into the cause of the blunder.

JAXA officials said the agency sent a self-destruct signal at 9:57 a.m. local time after concluding that the rocket was not able to fly safely and enter a planned orbit.

JAXA said the rocket and payloads were believed to have fallen into the sea east of the Philippines. No injuries or property damage have been reported.

The cause of the failure was still being investigated, the agency said.

Yasuhiro Uno, who directed the Epsilon-6 launch, acknowledged that the failure could affect Epsilon’s possible launch business in the future.

“Our first and foremost mission is to investigate the cause and firmly take measures,” Uno said.

The 85-foot-long, 95.6-ton, solid-fuel Epsilon-6 rocket is the final version before JAXA plans to develop another variation, Epsilon-S. After five upgrades since the early 2010s, the Epsilon-6 is designed for a compact launch as JAXA aims to develop a commercial satellite launch business.

Wednesday’s flop ended success records for the Epsilon series since its first launch of the original version in 2013. It was also a first for JAXA since its H2A rocket failed in 2003.

The launch, originally scheduled for last Friday, had been delayed due to the location of a positioning satellite in space. 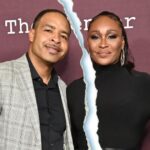 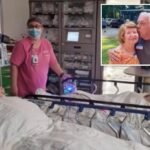