A Florida school janitor has been accused of threatening to cut a 14-year-old student “into pieces” with a razor scraper after a group of kids mocked him for cleaning bathrooms, authorities said.

James Baillargeon, 26, a custodian at Space Coast Jr./Sr. High School in Cocoa, was arrested Friday afternoon on felony charges of aggravated assault with a deadly weapon, child abuse without great bodily harm and improper exhibition of weapon on school property, according to court records obtained by The Post.

A probable cause affidavit cited by the local station ClickOrlando stated that Baillargeon was cleaning a bathroom at the school Thursday when he heard students allegedly making disparaging comments about him.

The janitor allegedly admitted to deputies he felt disrespected and pulled a razor scraper from his pocket, telling a 14-year-old student that he was “from the hood” and aught to be respected.

The boy told investigators that Baillargeon also threatened to cut him “into pieces.”

The student complained about the custodian’s conduct to a teacher, who then reported the incident to law enforcement.

Other students later confirmed that Baillargeon told them that he needed to be respected and brandished the razor scraper in a threatening manner, the court filing stated.

Baillargeon was released from jail after posting bonds totaling $12,000 and made his initial court appearance Saturday. 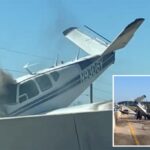 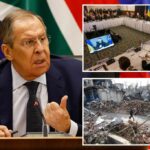