“Christmas puzzles are a thing with @janellebrown117, @_savanahbrown_ and I. So, here we gooooo!” Maddie, 25, wrote via her Instagram Stories on Friday, December 23, across a photo of sister Savanah, 18, piecing together a puzzle.

Janelle shares her two daughters in addition to kids Logan, Garrison, Hunter and Gabe with Kody, 53.

Nearly two weeks prior, Janelle, 53, shared a health progress update with her Instagram followers, noting that she was “ready for you, 2023!”

“This health journey I’ve been on has been incredible,” the Plexus ambassador captioned her video on December 12. “The results weren’t overnight, and I’m OK with that. It’s all about slow and steady that wins the race. 2023 is my year!”

Janelle’s positive social media activity comes as she continues to make headlines for her jaw-dropping breakup from Kody after 29 years of spiritual marriage. In Touch exclusively broke the news that Janelle ultimately “outgrew him,” a source said on December 9.

“Janelle needed to move on,” a separate insider told In Touch on December 12, adding that the former couple “grew apart” and “weren’t compatible anymore.”

“She’s looking forward to leaving all that baggage behind and starting a new life,” the source noted.

TLC viewers noticed the cracks in Janelle and Kody’s marriage opening throughout season 17, which premiered on September 11. Former sister wife Christine Brown’s November 2021 departure from the polygamous family caused quite the shakeup within the Browns’ dynamic. And Kody even admitted that the Cooking With Just Christine star’s exit affected his relationships with other wives Janelle, Meri Brown and Robyn Brown.

“I’m struggling so much with this divorce,” the businessman confessed during the November 27 episode. “It’s probably poisoning my relationship with Janelle a little bit and definitely poisoning my relationship with Robyn. I think that’s because I haven’t figured out what I am when we’re not this family. I’m out of my frame and I’m out of my purpose. I’m spiritually off course. I’m a mess.”

Just one week after In Touch exclusively revealed Janelle and Kody’s split, Meri, 51, confirmed her breakup from the reality star during part 1 of the Sister Wives: One on One special, which aired on December 18. 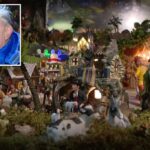 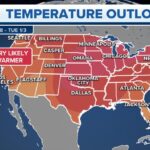