Associates of former President Donald Trump dangled a job offer to at least one witness due to testify before the House select committee investigating last year’s Capitol riot, while another was told by a lawyer she could stonewall the panel, one of the committee’s Democratic members charged Monday.

Rep. Zoe Lofgren (D-Calif.) said during her statement that Trump, 76, raised “hundreds of millions of dollars” by repeating claims to his “online donors” about rampant fraud in the 2020 presidential election.

“The committee has learned that some of those funds were used to hire lawyers​. ​We’ve also obtained evidence of efforts to provide or offer employment to witnesses​,” Lofgren said.

“For example, one lawyer told a witness the witness could, in certain circumstances, tell the committee that she didn’t recall facts, when she actually did recall them.”

According to Lofgren, the same lawyer declined to tell the witness who was paying him to represent her, allegedly saying, “We’re not telling people where funding is coming from right now.”

In another instance, the lawmaker said, “a client was offered potential employment that would make her ‘financially very comfortable’ … by entities that were apparently linked with Donald Trump and his associates.”

Lofgren said the witness believed the potential employment was “an effort to affect her testimony.”

“We are concerned that these efforts may have been a strategy to prevent the committee from finding the truth,” she added.

Monday was not the first time the question of witness tampering has come up during the committee’s 18-month investigation into the events of Jan. 6, 2021. In July, committee vice chair Liz Cheney (R-Wyo.) revealed that Trump himself tried to contact a witness who had already given testimony.

“Let me say one more time: We will take any efforts to influence witness testimony very seriously,” Cheney said at the time, adding that information about Trump’s attempted phone call had been sent along to the Department of Justice.

At a June 28 hearing, Cheney revealed statements from two witnesses who said they had been contacted by people attempting to influence their testimony.

“What they said to me is, as long as I continue to be a team player, they know that I’m on the team,” one of the witnesses said. “I’m doing the right thing. I’m protecting who I need to protect, you know, I’ll continue to stay in good graces in Trump World. And they have reminded me a couple of times that Trump does read transcripts and just to keep that in mind as I proceed through my depositions and interviews with the committee.”

The second witness recounted receiving a voice mail message that said: “[A person] let me know you have your deposition tomorrow. He wants me to let you know that he’s thinking about you. He knows you’re loyal, and you’re going to do the right thing when you go in for your deposition.”

The nine-member panel voted Friday to refer Trump to the Justice Department for potential prosecution on four charges: inciting or assisting an insurrection, obstruction of an official proceeding, conspiracy to make a false statement to investigators, and conspiracy to defraud the US government. 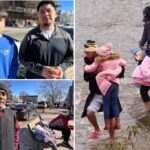 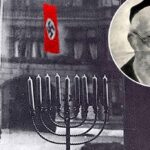