WASHINGTON – The House select committee investigating the Jan. 6, 2021 Capitol riot referred four GOP lawmakers — including the presumptive next Speaker and future Judiciary Committee chairman — to the chamber’s ethics committee on Monday for failing to comply with subpoenas to testify.

The panel in May subpoenaed House Minority Leader Kevin McCarthy (R-Calif.) along with Reps. Jim Jordan (R-Ohio), Scott Perry (R-Pa.), and Andy Biggs (R-Ariz.) to testify after the lawmakers declined to voluntarily speak to the panel about information deemed “relevant to the investigation,” according to an executive summary of the panel’s forthcoming final report.

“None of the members was willing to provide information, which forced the select committee to consider alternative means of securing evidence about the conduct of these members and the information they might have,” according to the document.

As with the select committee’s referral of former President Trump to the Justice Department for potential criminal charges, the referral to the Ethics Committee does not guarantee future action. The committee does have the power to hold hearings, conduct investigations and report suggested punishments to the full House. The ethics panel is evenly divided between Republicans and Democrats, so is not subject to the traditional maneuvering of majority or minority parties.

Noting that subpoenaing sitting members of Congress was “a significant step,” the committee said it was necessary because of the “volume of information these members possessed … as well as the centrality of their efforts to President Trump’s multi-part plan to remain in power.”

For example, the panel learned Jordan and Perry were involved in “numerous post-election meetings” with White House officials discussing strategies to challenge the 2020 presidential election results, including “claims that the election had been tainted by fraud,” according to its report.

The pair were also involved in White House discussions as early as November 2020 about Vice President Mike Pence’s role in certifying the election results on Jan. 6, 2021. In the days leading up to the joint session, the two also sought ways to illegally delay the election certification planned for that day.

The committee in its document called Jordan a “significant player” in the efforts. The ranking member of the House Judiciary Committee reportedly led a conference call Jan. 2 with Trump, Perry and other members of Congress to brainstorm strategies, including “issuing social media posts encouraging President Trump’s supporters to ‘march to the Capitol’ on the 6th.”

Meanwhile, Biggs was reportedly involved in “numerous” attempts to contest the election results, texting then-White House Chief of Staff Mark Meadows as early as Nov. 6, 2021 to “encourage the state legislatures to appoint” electors loyal to Trump despite the election results, according to the document.

“In the following days, Rep. Biggs told Meadows not to let President Trump concede his loss,” the committee said in its executive summary.

Later, Biggs coordinated with Arizona State Rep. Mark Finchem — who lost his bid last month to become Arizona’s secretary of state — to gather signatures from lawmakers “endorsing fake Trump electors” and contacted people in at least one state “seeking evidence related to voter fraud,” according to the document.

Unlike Jordan, Perry and Biggs, the report did not allege that McCarthy took part in efforts to subvert the election results, but revealed the committee subpoenaed McCarthy to learn more about his “multiple communications” with Trump, Pence and others “on and related to Jan. 6th.”

“The Rules of the House of Representatives make clear that their willful noncompliance violates multiple standards of conduct and subjects them to discipline,” the panel said in its referral to the ethics committee. “If left unpunished, such behavior undermines Congress’ longstanding power to investigate in support of its lawmaking authority and suggests that members of congress may disregard legal obligations that apply to ordinary citizens.” 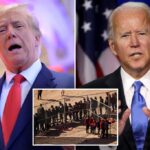 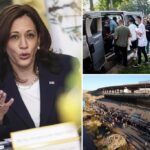