The leaders of the House committee investigating last year’s Capitol riot said the panel is evaluating “next steps” after former President Donald Trump failed to appear for a deposition on Monday.

“Even though the former President initially suggested that he would testify before the committee, he has since filed a lawsuit asking the courts to protect him from giving testimony,” the committee leaders wrote in a press release.  “His attorneys have made no attempt to negotiate an appearance of any sort, and his lawsuit parades out many of the same arguments that courts have rejected repeatedly over the last year.”

“The truth is that Donald Trump, like several of his closest allies, is hiding from the Select Committee’s investigation and refusing to do what more than a thousand other witnesses have done,” the two lawmakers added.

Thompson and Cheney did not indicate whether they would pursue contempt of Congress charges against Trump for his subpoena defiance, such as they did with former White House aide Steve Bannon.

“In the days ahead, the committee will evaluate next steps in the litigation and regarding the former president’s noncompliance,” Thompson and Cheney wrote.

Trump’s lawsuit against the House committee contends that “no president or former president has ever been compelled” to provide testimony or documents in response to congressional subpoenas in the past.

“Long-held precedent and practice maintain that separation of powers prohibits Congress from compelling a President to testify before it,” Trump attorney David A. Warrington said in a statement on Friday announcing the suit.

Earlier this month, the House Jan. 6 panel extended the deadline for the former president to produce documents related to the Capitol riot, noting that Trump and his legal team have been in contact with the panel since it issued a subpoena for documents and the former president’s testimony in October.

However, Trump’s deadline to sit for a deposition was not extended at the time.

The panel of seven Democrats and two anti-Trump Republicans issued the subpoena to Trump on Oct. 21, ordering him to produce all “relevant documentary material” related to the Jan. 6 capitol riot and to participate in “one or more days of deposition testimony.” 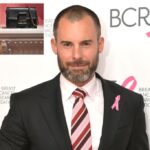 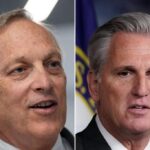