The House select committee investigating last year’s US Capitol riot is expected to vote Monday on three criminal referrals to the Justice Department against former President Donald Trump as it wraps up its 18-month probe into the events of Jan. 6, 2021.

The panel — composed of seven Democrats and two Republicans — will likely approve a recommendation that the 76-year-old Trump face three criminal charges: inciting an insurrection, obstructing an official proceeding and conspiracy to defraud the government, according to multiple reports.

Others in Trump’s orbit, including congressional allies and former White House staffers, who took part in the effort to overturn the 2020 presidential election results could also face criminal and ethics referrals.

The referrals are largely symbolic and the final decision on whether to prosecute the former president will be left to the Justice Department.

Rep. Adam Schiff (D-Calif.), a member of the House panel, said he believes the committee has amassed sufficient evidence to show that the 45th president broke the law with his actions surrounding Jan. 6.

“I think the president has violated multiple criminal laws. And I think you have to be treated like any other American who breaks the law, and that is, you have to be prosecuted,” Schiff, chairman of the House Intelligence Committee, told CNN’s “State of the Union” Sunday.​

The committee reportedly will also vote on referring a number of Republican lawmakers to the House Ethics Committee for ignoring subpoenas to testify. ​

“​We will also be considering what’s the appropriate remedy for members of Congress who ignore a congressional subpoena, as well as the evidence that was so pertinent to our investigation and why we wanted to bring them in​,” Schiff said.

“​So that will be something we will be considering tomorrow. We have weighed, what is the remedy for members of Congress? Is it a criminal referral to another branch of government, or is it better that the Congress police its own?​” he said.

The committee is concluding its investigation after holding nine public hearings, interviewing hundreds of witnesses, and gathering thousands of documents since it began its work in July 2021.

The panel, which is expected to release a report on its findings Wednesday, will be disbanded when the Republican majority takes over the House after the first of the year.

Trump has called the committee a “kangaroo court” and in recent postings on his Truth Social platform likened the investigation to special counsel Robert Mueller’s probe of alleged Russian collusion during the 2016 presidential election.

“The highly partisan Unselect Committee is illegally leaking confidential info to anyone that will listen. Adam ‘Shifty’ Schiff is all over T.V. talking about Criminal Referrals, just like he was on the Russia, Russia, Russia Hoax, which turned out to be the con of the century,” the former president wrote late Sunday.

“How much longer are Republicans, and American Patriots in general, going to allow this to happen. These are the Criminals who spied on my campaign, cheated on the Election, lied to FISA Court & Congress. They are SICK!” he added.

A mob of Trump supporters stormed the Capitol as Congress gathered in joint session, attempting to disrupt the counting of Electoral College votes that would certify the 2020 presidential election for Joe Biden.

At the same time, the committee says Trump and his allies pressured then-Vice President Mike Pence, who presided over the session as Senate president, to reject or delay the results so that Trump-friendly states could send an alternate slate of electors.

But Pence refused, saying he had no constitutional authority to do so.

Attorney General Merrick Garland in November appointed a special counsel, Jack Smith, to oversee the federal investigation into Trump’s bid to remain in power, as well as the president’s retention of classified White House documents at his Mar-a-Lago resort in Florida.

As part of his probe, Smith has subpoenaed officials in seven battleground states Trump and his allies targeted for overturning the results — Arizona, Georgia, Michigan, Nevada, New Mexico, Pennsylvania and Wisconsin.

Meanwhile in Georgia, Fulton County District Attorney Fani Willis has convened a special grand jury into efforts by Trump and his associates to overturn the election in the Peach State. 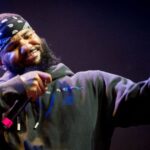 The Game Slams Claims His Daughter’s Dress Is Inappropriate 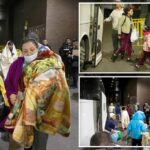 Busloads of migrants arrive in NYC before end of Title 42