The House Jan. 6 committee on Wednesday withdrew a subpoena issued to former President Donald Trump as the panel prepares to disband, according to a report.

Committee Chairman Bennie Thompson (D-Miss) reportedly notified Trump’s attorney on Wednesday that the panel’s subpoena against the 76-year-old former president, issued in October, has been rescinded and that he no longer needs to comply with document requests, according to CNN.

“In light of the imminent end of our investigation, the Select Committee can no longer pursue the specific information covered by the subpoena,” Thompson wrote in a letter to Trump’s attorney obtained by CNN.

“Therefore, through this letter, I hereby formally withdraw the subpoena issued to former President Trump, and notify you that he is no longer obligated to comply or produce records in response to said subpoena,” Thompson added.

The House select committee investigating the Jan. 6 Capitol riot sought documents and testimony from Trump related to its investigation into efforts to overturn the 2020 election results.

Trump sued the committee in November in an attempt to block the subpoena and keep him from having to testify.

The committee released its long-anticipated final report on the attack on the US Capitol last week, finding that Trump engaged in a criminal “multi-part conspiracy” to overturn the results of the 2020 election.

With the investigation wrapped up and the committee set to disband when the next Congress convenes in the new year, on Jan. 3, a number of subpoenas related to other witnesses have also been dropped, according to CNN.

The former commander-in-chief, however, seized on the withdrawn subpoena to rip the panel on his Truth Social page.

“Was just advised that the Unselect Committee of political Thugs has withdrawn the Subpoena of me concerning the January 6th Protest of the CROOKED 2020 Presidential Election,” Trump posted Wednesday night.

“They probably did so because they knew I did nothing wrong, or they were about to lose in Court. Perhaps the FBI’s involvement in RIGGING the Election played into their decision. In any event, the Subpoena is DEAD!” the former president celebrated.

Earlier this month, before releasing its final report, the committee referred Trump to the Justice Department for potential prosecution on four criminal charges, including inciting or assisting an insurrection, obstruction of an official proceeding, conspiracy to make false statements to investigators, and conspiracy to defraud the US government. 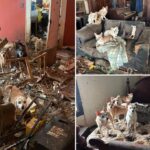 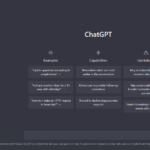