A Queens state senator whose home has been in foreclosure for more than a decade could see relief from his creditors if legislation he proposed is signed by Gov. Hochul.

Sen. James Sanders’ Foreclosure Process Abuse Prevention Act has already been passed by both chambers of the state legislature in Albany.

The bill aims to “thwart and eliminate abusive and unlawful litigation tactics” used by banks.

The measure would institute a six-year statute of limitations for which lenders can initiate legal action in foreclosure suits, preventing banks from indefinitely bringing foreclosure lawsuits against borrowers.

“If the banks cannot present a fair case within six years, and that seems to be quite the length of time, then they should be dismissed,” Sanders told AM New York, while urging Gov. Hochul to swiftly sign the legislation.

“Homeowners who are in foreclosure will be the biggest winners when this significant foreclosure bill becomes law,” he added in an August press release.

Those big winners would include Sanders himself — his Far Rockaway abode has been in foreclosure since 2009.

“If [Sanders is] able to defeat the current action — for whatever reason — [the bank] will not be able to start a new lawsuit,” Dan Blumenthal, an attorney at Wenig Saltiel and a foreclosure expert, told The Post. “If the bank pulls the plug and voluntarily discontinues … the mortgage is uncollectible.”

“At the time he proposed this statute he was hoping one of the motions he filed to dismiss his case would be successful and then he would have his free home,” speculated Adam Leitman Bailey, an experienced real estate litigator. “The guy is sponsoring a bill that will possibly help himself.”

The bill has been championed by progressive lawmakers — including Public Advocate Jumaane Williams, who is also currently in the midst of his own years-long foreclosure lawsuit. The law, if it is passed, is likely too late for Williams, whose case is entering its final stages. Bank of America is seeking $622,545 in principal and interest payments, court papers show on his Canarsie home.

Sanders and his reps did not respond to multiple requests for comment from The Post. A spokesman for Gov. Hochul said she was “reviewing the legislation.” 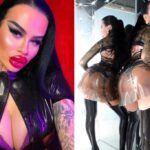 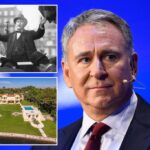