He was its father, but the voice of the Dark Side now belongs to other forces.

The 91-year-old actor, who has voiced Vader since the franchise’s first film, “Star Wars: A New Hope,” in 1977, signed over the rights to his vocal chops earlier this year, allowing Vader’s lines to now be generated using artificial intelligence, according to Vanity Fair.

The Ukrainian start-up Respeecher, which specializes in voice cloning for content creators, used archival recordings and an AI algorithm to generate Jones’s voice for Disney+’s “Obi-Wan Kenobi” series, released in May.

This was done in collaboration with Disney-owned “Star Wars’” production company Lucasfilm, which explained that Jones “guided” the character’s lines in the show, but his actual voice was generated by Respeecher, according to AV Club.

Although the project coincided with the early days of the Russian invasion of the Ukraine, Respeecher’s employees saw it to completion.

Supervising sound editor at Skywalker Sound, Matthew Wood, who worked on the assignment with them, said their attitude was, “Let’s work, let’s work in the face of this adversity, let’s persevere,” Vanity Fair reported. 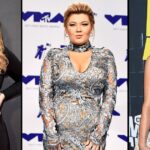 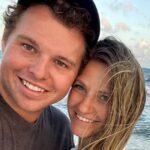