“For over a decade, the Biden family has profited from Joe Biden’s positions as a public official,” Comer wrote. “Your arrangement with Hunter Biden raises serious ethics concerns and calls into question whether the Biden family is again selling access and influence.”

Hunter Biden launched his art career after his father took office as president in 2021 — after previously seeking business, alongside his uncle James Biden, in countries where his dad held sway as vice president, including China and Ukraine.

“Despite being a novice artist, Hunter Biden received exorbitant amounts of money selling his artwork, the buyers’ identities remain unknown, and you appear to be the sole record keeper of these lucrative transactions,” Comer wrote to Berges.

“For example, you have advertised that Hunter Biden’s latest artwork ranges in price from $55,000 to $225,000. It is concerning that President Biden’s son is the recipient of anonymous, high-dollar transactions — potentially from foreign buyers — with no accountability or oversight (other than you).”

The letter asks for Berges to provide records by Feb. 8 and to schedule “a transcribed interview with Committee staff” by Feb. 15.

If Berges refuses to comply with the request, the Republican majority on the committee can vote to compel the evidence and testimony with a subpoena, and continued stonewalling would open Berges to potential criminal charges.

Hunter, 52, has asked as much as $500,000 for his beginner works. He earned at least $375,000 last year for five prints at a Hollywood art show attended by his father’s embattled nominee to be ambassador to India, then-Los Angeles Mayor Eric Garcetti, and it’s unclear how many additional sales he may have made.

Berges told The Post in December that he ignored three prior Comer demands for records because “[m]y goal has always been to discover and work with artists that I think are important culturally and historically [and] Hunter Biden is all of those things.”

“His future is art and we are all richer because of it,” Berges added. “I just hope that we don’t politicize something that is positive and good.”

The first son refused to answer a question regarding whether his father has received any income from his various business dealings when Hunter made a Dec. 8 visit to Berges’ gallery ahead of an art show — instead draping his arm around a reporter for The Post and saying, “Why don’t you come inside the gallery at 6 and take a look without your phone out?”

The White House said in 2021 that Hunter Biden’s art sales would be “anonymous” to prevent corruption, prompting strong pushback from ethics experts.

“We still do not know and will not know who purchases any paintings,” then-White House press secretary Jen Psaki said last year.

Richard Painter, who was President George W. Bush’s chief ethics lawyer, said at the time that “buyers buy artwork to hang on the wall, not put in a closet,” making anonymity difficult to maintain.

Painter said there should be “full transparency” about the buyers’ identities and Biden and his appointees should all sign pledges “to ensure these people can’t get access to the White House.”

Walter Shaub, director of the US Office of Government Ethics under President Barack Obama, called for the sales to either be canceled or for the names of buyers to be disclosed, saying, “Hunter Biden should cancel this art sale because he knows the prices are based on his dad’s job. Shame on POTUS if he doesn’t ask Hunter to stop.”

The Post asked the president in November 2021 if he was concerned about potential corruption with his son’s art sales, to which Joe Biden replied, “You gotta be kidding me.”

The president has denied making any money from his son’s overseas business deals and the White House says he stands by his 2019 claim that he has never even discussed those enterprises with his son — despite evidence that he has interacted with Hunter and first brother James’ associates from China, Kazakhstan, Mexico, Russia and Ukraine.

Hunter Biden said in communications retrieved from a former laptop that he paid as much as “half” of his income to his father and a 2017 email described 10% of a financial windfall being held for the “big guy” as part of a business deal being negotiated in China. Two former Hunter Biden associates have identified Joe Biden as the big guy.

Hunter Biden reportedly is under federal criminal investigation by the US attorney’s office in Delaware for possible tax fraud, money laundering, lying on a gun-purchase form and unregistered foreign lobbying.

A special counsel, Robert Hur, is investigating Joe Biden’s handling of classified records dating to before his presidency. The probe could expand to investigate Hunter Biden’s role in the saga. Files from the first son’s former laptop show he frequently was at his dad’s Wilmington home, where sensitive papers were found, and he listed the house as his address on a 2018 background check form. 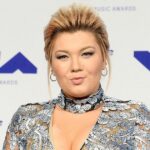 Was Amber Portwood Fired from ‘The Next Chapter’? 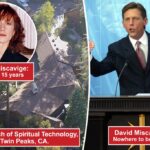 Where are Scientology leaders David and Shelly Miscavige?