Two competitors accused of cheating their way to victory in an Ohio fishing tournament were hit with multiple charges for allegedly stuffing fish with lead weights and fillets last month.

Authorities reeled in anglers Jacob Runyan, 42 and Chase Cominsky, 35, after the pair were suspected of fishy behavior at the Lake Erie Walleye Trail tournament where they could’ve taken off with almost $30,000 in prize money.

Runyan, of Ohio, and Cominsky, of Pennsylvania, were indicted on charges of cheating, attempted grand theft and possessing criminal tools, all felonies.

Cheating allegations connected to the two began when tournament director Jason Fischer thought their fish were much heavier than what is typical for a walleye that size. A crowd watched as Fischer cut open the walleye and declared there were weights and walleye fillets stuffed inside.

Video of the moment includes someone yelling, “He needs to be arrested, he needs to be prosecuted,” referring to the two men. Another person shouted “Call the f—king cops.”

Fischer said he was “disgusted” by the cheating and at a “loss for words” in a Facebook post.

The Ohio Department of Natural Resources seized the fish as evidence.

A boat owned by Cominsky and used by the anglers was seized by officials in Pennsylvania Tuesday, according to the affidavits.

A trailer and fishing gear from the accused cheater were also taken.

This isn’t the first time Runyan and Cominsky have been probed for shady behavior.

One of the affidavits stated they were investigated by Rossford police in northwest Ohio last April for cheating in another walleye tournament.

Prosecutors believed the men could’ve cheated, but there was not enough evidence to criminally charge them, according to a Rossford police report. 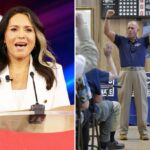 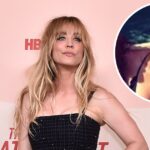