Ivanka Trump this week announced she was not joining her father Donald Trump as he makes a third bid for the White House — ruling out her own return to the political arena.

Instead, she is concentrating on her life in balmy Miami — far from the wintry climes of Washington, DC — with her three children and husband Jared Kushner.

It’s been a year of highs and lows for the statuesque blonde, who we’re told, feels that she and her husband “left it all on the field” when they departed the White House last January.

In July, she was left heartbroken when her mother, Ivana Trump died aged 73 following a fall at her Manhattan home. (That home just hit the market for a cool $26.5 million).

A month later, Trump, 41, dealt with yet another blow when her husband underwent a second thyroid surgery. Kushner, also 41, wrote in his book, “Breaking History: A White House Memoir,” that he had secretly undergone a similar surgery for thyroid cancer in 2019 while serving as Donald Trump’s senior White House adviser.

Ivana’s passing made her daughter realize just how precious life is, one close friend admitted this week, telling The Post, “I think losing a parent definitely leads to a real awakening, that means different things for different people. For Ivanka, it underscored how fleeting time is.”

“But with all the sadness that came from that time, the constant refrain in every story that she heard about her mother … was that she really lived: in work, personally and professionally; (and like Ivanka) she also left it all on the field. She was not waiting to have fun at a later date! She was definitely one of a kind and a true force of nature.”

Speaking about Kushner, the friend said: “Good health is something Ivanka truly prayed for. Jared’s first health scare was in the White House, and then there was a second scare.

The decision to leave the political fray was one Trump and Kushner had made soon after departing office in early 2021.

Speaking to a slew of close family confidants this week, another Trump insider told The Post: “Going into government changed the trajectory of all of their lives, but they never expected to go into politics.” And they are unlikely to return to it either.

“Ivanka and Jared … were really specific they would not be coming back. They feel like it was an amazing, extraordinary chapter in their lives—but their exit was not triggered by one thing.”

And while they celebrated Tiffany Trump’s wedding to billionaire Michael Boulos at Mar-a-Lago last weekend — where Trump was maid-of-honor to her sister — those who know the family denied claims that the lavish bash was overshadowed by Donald attempts to draw Ivanka and Jared back into his campaign.

One guest at the weekend told The Post: “The wedding was amazing. It was funny, because for the first time in a while—and especially … because it was just preceding Donald’s announcement that he was running again — there was no conversation about politics.

“People were just happy to be present and there was a lot of laughing and dancing.
“Ivanka, Jared, Michael and Donald even played golf together the Friday before the wedding”

Trump, who was a senior White House adviser alongside Kushner, has settled into her new life in Florida. The couple is regularly seen at all the Miami hotspots, including Carbone, Call Me Gaby and ZZ’s Club and have become a part of the Miami social scene, as work continues on their new multi-million dollar family home.

Trump has even, friends reveal, been learning to surf — taking her sons Joseph, 9, and Theo, 6, on a surfing trip to Costa Rica in February — with one pal saying she is “the happiest she has ever been.”

After four years of being in the maelstrom of politics, Trump is now able to spend more time with her brood — horseback riding with Arabella, 11, fishing with Joseph, and going to parkour classes with Theo. There was also a family trip to Israel over the summer—and a girlfriend trip to New Orleans for Jazz Fest.

During her time in the Trump administration, Trump was determined to tackle policies that supported working moms, including doubling the child tax credit, child care support, education workforce development and paid family leave.

She also worked with members of Congress to secure 12 weeks of paid family leave for federal workers. There was also Trump’s efforts during COVID negotiations to ensure workers at small businesses had paid sick leave to care for themselves or sick family members.

Since leaving government, Trump has been consumed with philanthropy. We’re told it’s become a “real mission” of Trump, who’s work on issues around food security, specifically in supporting farmers in the United States and aiding in various disaster relief efforts at home and abroad.

During COVID, Trump worked closely with the Small Business Administration, as well, along with the Department of the Treasury to help enact the Paycheck Protection Program. There were also efforts on behalf of the USDA to create the “Farmers to Families Food Box” program, which delivered more than 170 million boxes of fresh food to families in need.

More recently, Trump has been active in the Ukraine crisis, helping to supply 1 million meals to Ukrainian families in need and working to coordinate five cargo planes worth of medical supplies to the war-ravaged country.

Alongside this, she has provided financial relief and volunteered at disaster-stricken areas across the United States, including Florida after Hurricane Ian. And she’s now committed to continuing her work in the private sector and in philanthropy, we’re told.

Perhaps this explains why Trump was not by her father’s side when he announced his run for the Presidency on Tuesday at Mar-a-Lago.

Instead, she released a statement that read: “I love my father very much. This time around, I am choosing to prioritize my young children and the private life we are creating as a family. I do not plan to be involved in politics.

Speaking about her dad’s run, another friend of Trump told The Post: “It takes tremendous guts and courage to throw yourself in the ring, she respects his decision to do so, everyone makes the decision that’s right for them.”

“Ivanka’s had so many different roles, as a colleague to her father in the private sector, as an assistant in the White House — but the most important role is as his daughter and that’s not changing.

Meanwhile, Kushner has also been busy. Along with launching a much-scrutinized investment fund, he started a nonprofit last year, The Abraham Accords Peace Institute. The philanthropy builds off of his work in the Trump administration on the Abraham Accords, which officials touted as a “historic peace agreement” between Israel, Bahrain and the United Arab Emirates that normalized Middle East relations.

For both Kushner and Trump, the White House has proven both an unimaginable blessing and, at times, a costly curse.

“The break that was required to go into government meant that Ivanka had to close businesses and divest assets, she resigned from hundreds of entities. She came out untethered and can now chose what she’s tethered to—that doesn’t often happen when you’re 41, and she feels incredibly blessed.

“Now, Ivanka has this freedom to focus without being on a treadmill, it does feel really good — it’s very liberating. This is probably the best time in her life.” 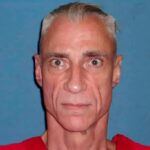 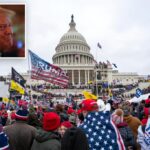 Trump argues he can’t be indicted for Jan. 6 because of ‘double jeopardy’