With the PGA Tour returning after a Christmas break and the new Saudi-backed rival LIV Golf Series set to begin its 2023 schedule on Feb. 24, you might think that peace has broken out in the world of professional golf.

Think again. In fact, golf’s civil war is threatening to boil over.

In the courts, LIV Golf is now seeking to establish whether the PGA Tour was responsible for funding anti-Saudi protests held by groups such as 9/11 Justice and 9/11 Families United outside LIV Golf events last year, including one at the Trump National Golf Club, Bedminster, NJ.

In return, the PGA Tour have alleged that LIV Golf, through an external firm, have compiled a dossier on those protests — which, given Saudi Arabia’s record on folks who dissent, is worrying to say the least.

Meanwhile, the organizers of the Masters at Augusta also extended invites for this year’s competition to as many as 16 current LIV Golf players, including six former Masters champions, despite their indefinite suspension from the PGA Tour for signing up with a rival golf tour. Why? Because the men of the Masters are a law unto themselves and can invite whomever they please.

LIV Golf crashed into the sport like a brick through a window in 2021, signing up a host of top-name players on the promise of unimaginable earnings and leaving the PGA Tour to play catch-up.

Fronted by the former world number one golfer Greg Norman, it is owned by Saudi Arabia’s Private Investment Fund (PIF), a sovereign wealth fund with assets of nearly $700 billion and headed by the country’s Crown Prince, Mohammed bin Salman —  the man who the CIA believe was instrumental in the brutal murder of dissident Saudi journalist Jamal Khashoggi in Istanbul in October 2018.

While the PGA Tour and its Commissioner Jay Monahan work to keep the moral high ground, their product has begun to lose its luster — especially now that key players such as Dustin Johnson, Brooks Koepka, Bryson DeChambeau and Patrick Reed have bailed out.

Certainly, the PGA Tour has some exceptional talent, including Justin Thomas, Jordan Spieth, Scottie Scheffler and the man leading the fight against LIV Golf, Northern Ireland’s Rory McIlroy. But save for the occasional expletive caught on camera or a golf club crabbily tossed aside, there aren’t exactly any “villains” on the PGA Tour which, in turn, doesn’t exactly make for the most compelling of sporting spectacles.

It doesn’t help that Tiger Woods — perhaps the only golfer who could carry the entire sport and someone who turned down a near billion-dollar offer to join LIV — remains absent from the PGA Tour following serious leg injuries he sustained in a 2021.

On the flip side, you have LIV Golf, an organization whose bottomless budget means they can all but buy any player they want, just by waving a big enough check under their nose. It doesn’t matter if you’re a golfing legend like Phil Mickelson, signed for a reported $200 million, or a less familiar name, like, say, Pat Perez — there is more than enough cash to tempt any player, except, perhaps, Woods and McIlroy.

Perez is an intriguing case. When the 46-year-old pro signed for LIV this past June, he was one of the few players who openly said he was doing it for the money, nothing more, nothing less.

In his first season, the highest he finished in any LIV event was 16th, and yet he still walked away with more than $8 million in prize money. Add that to his reported  $10 million signing bonus and he’s earned almost as much in just six months as he did in a 25-year, 515-event career on the PGA Tour.

Talk to him about human-rights abuses as he’s combing his mullet and counting his cash.

Whatever you think of LIV Golf, its players or its ownership, its impact has been seismic. It has even prompted the PGA Tour to introduce the types of long-overdue compensation reforms that might have prevented those high-profile defections.

If soccer’s controversial World Cup in Qatar taught us anything, it’s that, ultimately, the vast majority of sports fans, and players, don’t much care where an event is staged or where the money is coming from.

English Premier League soccer team Newcastle United are a case in point. When the Saudi-funded PIF purchased the club in October 2021, there was outrage in the wider game about the deal. Fast-forward a little over a year and the team have gone from perennial strugglers to title challengers.

And the fans? They couldn’t be happier. Besides, the PIF has fingers in more pies than you might imagine.

Ever fly on a Boeing airplane? Buy tickets through Live Nation or play Electronic Arts computer games? Use Facebook? They’re all partially owned by the PIF and yet nobody bats an eyelid.

Even this week, the PIF is rumored to have splashed the cash again, snapping up Vince McMahon’s World Wrestling Entertainment for a reported $6.5 billion.

And while the US government might have rightly condemned Saudi Arabia for the murder of Jamal Khashoggi, it didn’t stop them striking a deal to sell $3 billion worth of Patriot missiles to Riyadh in August last year either.

It makes little sense for this impasse in golf to continue, not least because nobody is actually talking about golf anymore. No sport is squeaky clean, no game beyond reproach. It’s time for Jay and Greg, for golf and golfers — for LIV and the PGA — to gather around a table and end this civil war once and for all. 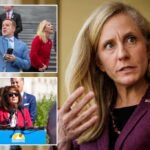 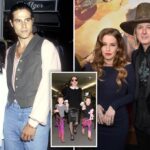