The man accused of brutally stabbing four University of Idaho students to death reportedly told cops it was “really sad what happened to” the victims.

Bryan Kohberger, 28, made the comment to officers as he was being extradited from Pennsylvania to Idaho last week, according to a police source who spoke to People.

The source who was involved in the extradition process told the outlet that the murder suspect didn’t speak directly about the students’ murders, but did comment on their tragic fates.

“He did say, ‘It’s really sad what happened to them,’ but he didn’t say anything more,” the source said. “He’s smarter than that.”

“He was narrating to himself everything that was happening,” the source said. “At one point, he was saying something to himself like ‘I’m fine, this is okay.’ Like he was reassuring himself that this whole thing wasn’t awful.”

Kohberger was arrested on Dec. 30 and charged with four counts of murder and one count of felony burglary for the Nov. 13 stabbing deaths of Ethan Chapin, 20; Xana Kernodle, 20; Madison Mogen, 21; and Kaylee Goncalves, 21.

Two other students who lived in the house and were home at the time were unharmed, although one had a bone-chilling moment with the masked murderer that left her frozen in fear.

Investigators have tied Kohberger to the senseless killings through his cellphone data, car make and model and DNA found on a knife sheath left at the scene.

Officials have not found any connections between Kohberger and his alleged victims or a motive.

However, phone data revealed that he had been in the area of the students’ home in Moscow, Idaho at least a dozen times before they were slaughtered in their beds.

Kohberger attended Washington State University Pullman, which is about 10 miles from the students’ home.

He is being held at the Latah County Jail in Idaho, away from other inmates for his own safety.

A source at the jail told People that he is adapting to his new living arrangement.

“He keeps to himself, he’s away from the other prisoners,” the source said. “But he will make small talk with the guards and seems to be getting used to the place.”

Kohberger made his first court appearance in the state last Thursday. He is set to return to court this Thursday for a pretrial hearing. 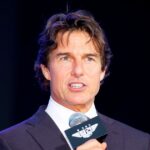 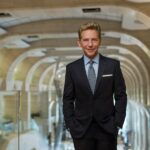