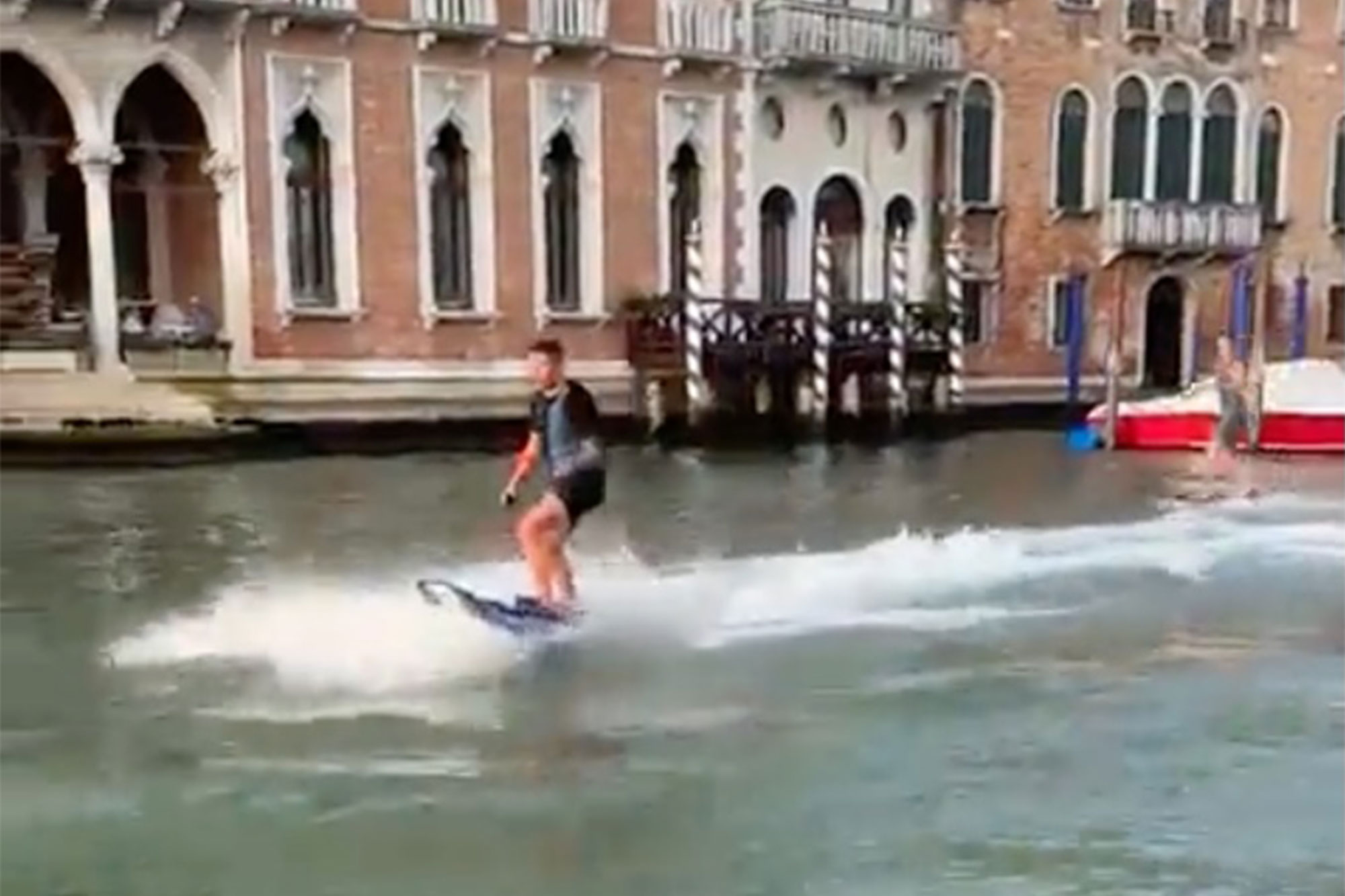 Two tourists were arrested for speeding down Venice’s Grand Canal on motorized surfboards Wednesday morning after the Italian city’s mayor blasted the duo on social media as “imbeciles.”

Venice Mayor Luigi Brugnaro posted a video of the surfers zipping past water buses and taxis and promised to buy dinner for anyone who identified them.

In another clip shared on social media, one of the surfers fell off his board under the Accademia Bridge, but made sure to keep his phone out of the water to film his cohort’s exploits.

Brugnaro wrote that the suspects were “two overbearing imbeciles who are making a mockery of the city.”

The suspects were apprehended later that day, fined $1,530 each and expelled from the city. They also had their expensive electric propeller boards confiscated and were facing further legal action for damaging the city’s image, officials said in a statement.

Venice has strict rules governing conduct in its canals and buildings. Swimming in the canals or eating on the steps of monuments in the roadless city is against the law.

Two Germans were fined $1,000 by the city in 2019 for making coffee on the famous Rialto Bridge and ordered to never come back to the Veneto capital.

The city is launching a visitor’s tax next year to combat over-tourism and offset costs of providing services to the municipality.

Tourists without a hotel room will have to make a reservation and pay $10.50 to gain access to The City of Canals. The vast majority of Venice visitors don’t stay overnight.