This place is Il Spook-ay.

A northern Italian mansion once owned by Benito Mussolini is now haunted by ghosts of the former fascist dictator and his family, the site’s owners claim in a new report.

Visitors to Villa Carpena can see a shadowy image of the face of Mussolini frozen into a mirror on the property – and they may also hear ghostly footsteps and experience supernatural phenomena like wind blowing in the halls, its owners told CNN.

“This place is alive with their presence, they are still here and we can feel them, they are constantly watching us,” owner Domenico Morosini told the news outlet.

“I feel they respect us,” said Morosini, who owns the property with his wife Adele and operates it as a museum to the World War II-era strongman known as Il Duce. “We are not afraid but we don’t want to disturb these spirits, so I avoid entering the villa when it is nighttime.”

He said that he once purchased one of Mussolini’s uniforms in the United States and brought it back to the mansion and laid it out on a bed where the dictator’s wife,  Donna Rachele, died.

“That day there was a medium with us, and the person felt sick, had to sit down and whispered ‘he is here’. Straight after, the dark shadow of Mussolini’s face appeared in the bedroom vanity table mirror and has been there since, as if it were printed on the glass, more than a mere reflection,” Morosini told the news station.

Villa Carpena’s owners – who bought the property from one of Mussolini’s children in the early 2000s – now sell tickets for tours and sell branded memorabilia at the mansion, which is stuffed with the dictator and his family’s furniture, clothes, historical documents and even cars.

But owners and workers insisted to CNN that most visitors are interested in the history and not the politics of Mussolini, who was ousted after two decades in power and executed in 1945 at the end of the second world war.

“You can really breathe history in here, and people I accompany all perceive this, beyond their political creed,” tour guide Marco Buonasorte Moriconi told CNN. “What is striking is how everything in the villa seems to be frozen in time.”

The dictator, who remains a series of fascination in the country, had the mansion built in 1924 as a retreat for he and his wife, Donna Rachele, who died in the home in 1979. In recent years, ghost hunters have claimed to have recorded Rachele’s voice and experienced “a vibe of hostility” from unseen spirits.

The villa’s owner claimed he felt sick “for an entire year” after a ghost hunters’ visit in 2013, possibly because the Mussolinis weren’t pleased with the supernatural scrutiny.

Italy has experienced ongoing interest in the long-reviled dictator alongside a resurgence in fascist imagery and an ascendant right-wing political movement, the Associated Press reported. Several of Mussolini’s descendants have sought political office in Europe. 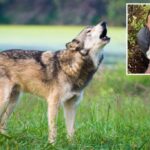 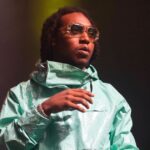