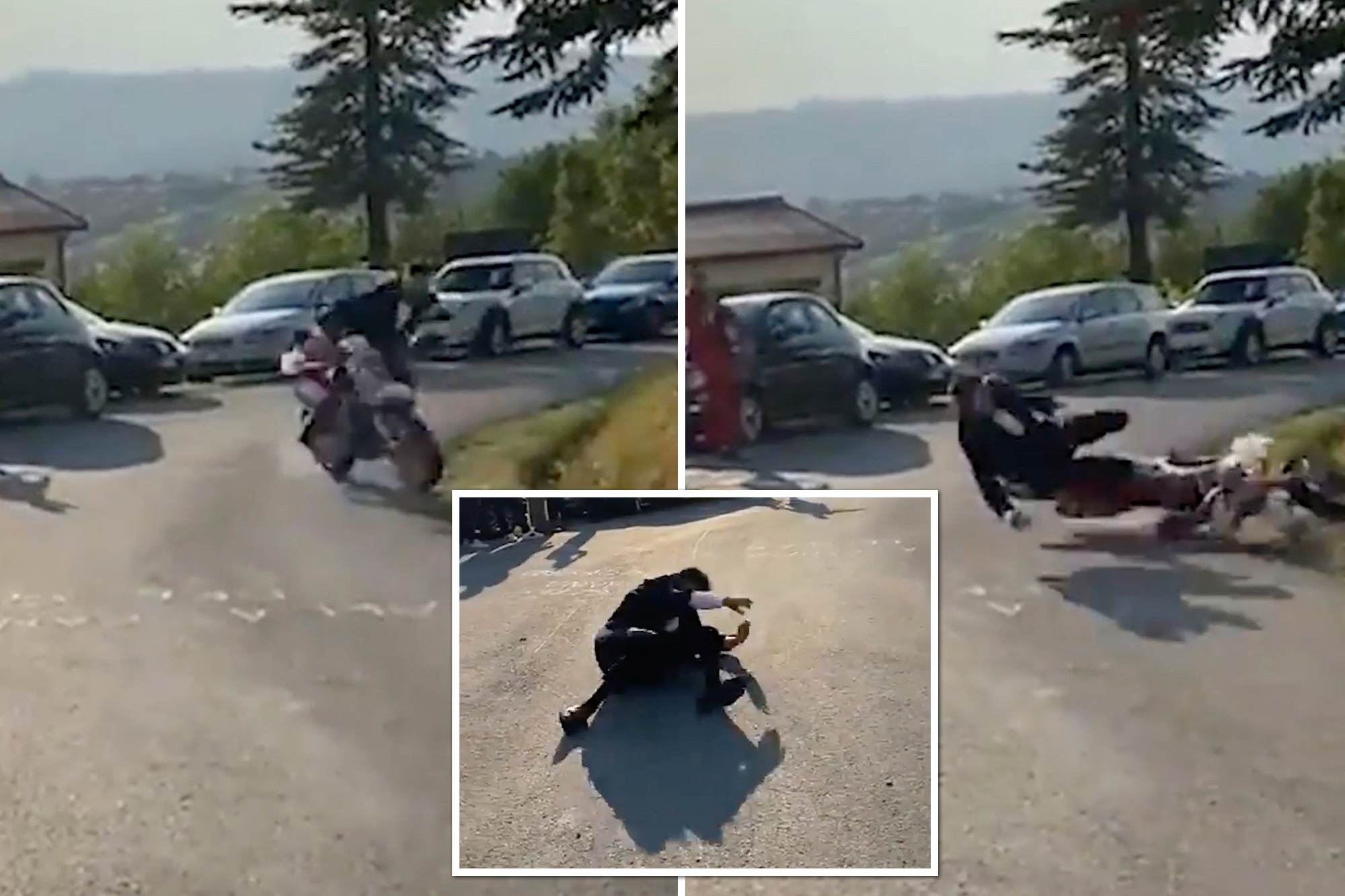 This groom is some wedding crasher.

A daring groom in Parma, Italy, suffered a broken collarbone during his wedding while trying to show off for his new wife on a dirt bike, The Sun reported Saturday.

Shocking footage shows the excited bride dressed in white waiting roadside with a checkered flag for her new hubby’s dramatic entrance – only to watch in horror as he skidded and toppled off his bike.

The groom flew around the bend with his bike – sounding his horn with excitement – but then lost control and was thrown off. He then smashed onto the dirt road and rolled, ending up sitting and sprawled out as wide-eyed wedding guests watched with disbelief.

How Meri Brown ‘Is About to Change Her Life’