Closing one door? After Christine Brown, Janelle Brown and Meri Brown split with Kody Brown, many are wondering whether new seasons of Sister Wives will air on TLC. Keep scrolling to find out if Sister Wives is canceled amid the Brown family’s marital shakeups.

Though it is unclear if Sister Wives will be canceled, Christine revealed in November that she was “finally filming” in her Salt Lake City, Utah, home, hashtagging “Sister Wives” and “new beginnings” in her Instagram caption. A premiere date for season 18 has yet to be revealed, though.

Additionally, fans of the long-running TLC series have strong opinions as to whether or not the show should still be on the air now that Kody is essentially living a monogamous lifestyle.

“Ohhh it has to be canceled now. There’s no one left to film with. There’s no sister wives left. Kody made it clear there’s nothing going on with Meri. That’s a wrap folks,” one Twitter user wrote, another echoing a similar sentiment in a separate tweet: “I wish the show would just get canceled. Now I just hate-watch this thing every week. Kody gets worse every season and needs to watch himself acting like a fool. #SisterWives.”

Viewers have also been calling for a spinoff series featuring Christine, Janelle and Meri. “The Sister Wives show needs to be canceled and Meri, Christine and Janelle can have their own show – SISTER WIVES SINGLE LIFE,” one hopeful fan wrote via Twitter, while another added, “Please cancel Sister Wives at this point and a make a spin – off series about the lives of Christine, Janelle and Meri after this experience, their new lives, how stuff is going, etc. You can have this idea for free. Please make. That’s what we all want to see.”

When Did ‘Sister Wives’ Premiere?

When Did Christine and Kody Split?

Christine – who wed the businessman in 1994 and was Kody’s third wife – was the first to leave him, announcing the news in a statement posted to Instagram in November 2021. “After more than 25 years together, Kody and I have grown apart and I have made the difficult decision to leave,” the reality star wrote in part at the time.

Kody confirmed their split in a statement of his own, writing on Twitter, “Christine’s decision to leave comes with a great deal of sadness … Although we are moving forward on different paths, we will always remain committed parents.”

In Touch exclusively broke the news on December 9, 2022, that Janelle and Kody called it quits. “Janelle is a strong independent woman and realized she can do it on her own,” a source exclusively told In Touch, adding that the TLC personality – who had been in a spiritual marriage with Kody since 1993 and is his second wife – “outgrew him.”

Kody confirmed their split at the end of the December 11 episode of Sister Wives, telling cameras, “I am separated from Janelle, and I am divorced from Christine.”

When Did Meri and Kody Get Divorced?

Meri – Kody’s first wife, whom he wed in 1990, legally divorced in 2014 but remained spiritually married to – confirmed that he had left her after 32 years of marriage during a teaser clip for the Sister Wives: One on One tell-all first shared by People.

During the clip, Meri watched a scene in which Kody admitted that he didn’t see himself as her husband anymore. “If she wanted to move on and marry another, she wouldn’t get an argument with me,” the family patriarch said.

Which Sister Wives Are Still With Kody?

After Christine, Janelle and Meri all confirmed their breakups with the polygamist, fourth wife Robyn Brown – whom he spiritually wed in 2010 then legally wed in 2014 so he could adopt her three kids from a previous relationship – is currently the only wife that is still with Kody.

TLC did not immediately respond to In Touch‘s request for comment. 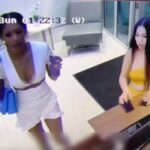 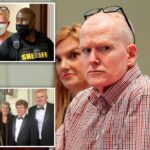