Married at First Sight is one of Lifetime’s most popular reality shows, and for good reason! From the anticipation of seeing who will say “yes” on Decision Day to all the ups and downs in between, it shouldn’t come as a surprise that fans live for the inevitable drama each season – whether it’s real or not. Keep reading to find out whether MAFS is scripted, real or fake, fan theories, claims and more.

Is ‘MAFS’ Scripted, Real or Fake?

Fans have long wondered whether the couples on Married at First Sight are matched because of their compatibility – or lack thereof in hopes of creating drama each season.

While speaking to In Touch in July 2022, MAFS relationship expert Pastor Cal opened up about the selection process each hopeful undergoes before being cast on the long-running Lifetime series, which is in its 16th season as of January 2023.

“I know it’s a TV docuseries, but I’m more concerned about whether they can make it for the long haul,” the marriage counselor said, later adding that when it comes to romantic connections, “a great number of people allow desperation to make their decisions for them. Just because you are desperate to be married, it doesn’t mean you’re ready to be married.”

Noting that he has learned to press MAFS contenders “harder” to “weed out pretenders” since signing onto the show in season 4, the Virginia native continued, “I have learned that there is a difference between what someone is ‘open to’ in a relationship and what someone really wants or needs.”

Why Fans Think ‘MAFS’ Is Scripted

Married at First Sight fans have aired their grievances about the show’s alleged “scripted” storylines for years, taking to social media to vent about the couples selected for the social experiment, the interactions between the experts and more.

“The #MAFS seasons have become progressively worse, the formula has changed into pure so-called reality TV scripted drama, it’s no longer about couples finding love. I doubt we’ll ever see another Armani and Woody love story again,” one frustrated Twitter user wrote, another adding, “I love MAFS but this series seems a bit too scripted.”

Multiple social media users on Instagram did not hold back about the quality of the show after season 16 – which takes place in Nashville – premiered in January 2023. “This show has moved from honestly caring about wanting people to find love to a show that seems to only care about ratings, train wrecks and shameless advertising of products and companies,” one person wrote, while another echoed similar sentiments, adding, “First season I can’t get into seems like it’s just for drama TV now with the people being picked not ready for marriage.”

Lindsey – whose roller coaster relationship with Mark was documented during season 14 in Boston – posted an Instagram video ahead of the season 16 premiere insinuating that many of the cast members questioned why certain people were paired together.

“When the new MAFS season starts and you’re trying to figure out how they made the matches,” read text over a clip of the former Lifetime personality looking deep in thought, while the caption read: “I mean we’ve all got our theories. How? Why? Huh? Who? With what? Even going through the process we asked ourselves that daily. That was part of the fun part. One thing is for certain it will be entertaining. Good luck Nashville, may the odds be in your favor.”

Fans wasted no time putting in their own two cents, with one Instagram user commenting, “I’m convinced that one or two matches each season are for entertainment purposes only,” while another added, “One word: drama. They don’t care about relationships anymore. It’s all about drama now, which is sad. Used to be a good show.”

Which ‘MAFS’ Couples Knew Each Other Before Getting Married?

While most of the couples on Married at First Sight genuinely are strangers, there have been a few times when the newlyweds actually knew each other before tying the knot.

Season 8 couple Luke and Kate had met at a speed dating event prior to their nuptials; however, while Luke recognized his bride as she walked down the aisle, it took Kate a minute to realize where she knew him from.

Season 11 couple Amelia and Bennett actually met at a party months prior to walking down the aisle. Another season 11 couple, Woody and Amani, also met by a chance encounter ahead of their wedding when Amani was bartending part-time, and Woody popped into the spot she was working at.

Johnny and Bao – one of the most tumultuous couples from season 13 – met in college about a decade prior to the show. Bao later revealed that after meeting at an event, Johnny essentially “ghosted” her.

In December 2020, Woody and Amani answered burning fan questions in a nearly 40-minute Q&A video posted to their YouTube channel – including whether or not the pair were paid actors or “producer plants,” something that social media users were convinced of at the time.

“A lot of people have been saying that we’ve been possible plants or actors and that this is all fake… and that is ridiculous,” Amani said. “We just happened to mesh well.”

For his part, Woody further cleared up the confusion, adding, “My name really Woody, her name really Amani. She really from the Chi, I’m really from the city. We really met as strangers, and we really got married in real life. That is a legal document that ain’t fake. Ain’t no acting about that.”

Where to Watch ‘MAFS’

Married at First Sight airs on Lifetime on Wednesdays at 8 p.m. ET. 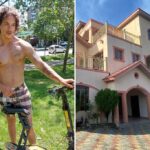 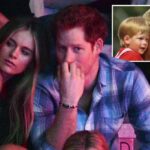