Little People, Big World documents the Roloff family’s daily lives, though some viewers have wondered if the stories are scripted. Keep scrolling to find out what the cast has said about if the show is real or fake.

TLC and the show’s cast have not directly stated that the reality show is scripted, though some comments made by the Roloff family members have led fans to believe that Little People, Big World isn’t completely authentic.

In March 2020, Matt Roloff blamed the show’s editing for making his split from Amy Roloff appear more dramatic than it actually was.

While appearing on the “First Class Fatherhood” podcast, Matt explained that each season has “a lot of [time] compression.” The Roloff patriarch – who was married to Amy from 1987 until 2016 – said that the way the show is edited makes the family members look like they are “always at each other’s throats and it’s not quite that way.”

“Let’s say Amy and I are arguing about something,” Matt said at the time. “We’ve been getting along for six months and then we have another argument, well they throw those two arguments into one episode. Just the nature of television really puts out a different impression.”

While participating in a Q&A with fans via his Instagram Stories in January 2022, Jeremy Roloff answered why he and his wife, Audrey Roloff, no longer appear on the show.

After admitting he “didn’t want to be associated” with the show anymore, he implied that the cast made up storylines for the show. “Audrey and I had other things we wanted to do besides fabricating drama on TV,” he wrote.

Another family member to state that producers made the family participate in fake plotlines is Jacob Roloff. He previously claimed that “the family that is filmed is not my family” via Instagram in December 2020. “They are the Roloff Characters and I have scarcely anything in common with them, nor do I want to be a character myself.”

In December 2022, Tori Roloff told her social media followers that the show doesn’t give viewers the full sides of every story.

While participating in an Instagram Stories Q&A, the mother of three was asked to share her “favorite and least favorite” thing about filming.

“All the misconceptions people have of us and our family because they only get to see what TLC shows them,” Tori said of her least favorite part of the show.

Meanwhile, Zach Roloff’s wife revealed that the show also allows her to experience “cool things,” meet “awesome people,” the crew and that her family gets “to share our story (kind of).” 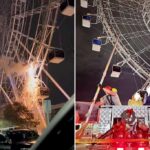 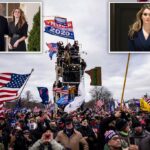