While TLC star Jazz Jennings was accepted by prestigious Harvard University, she deferred her acceptance to focus on her well-being. Keep reading for details on Jazz’ Harvard status, her major and more.

When Did Jazz Jennings Get Accepted by Harvard?

Jazz was accepted by the university in 2019, but in October of that year she decided to take time off before becoming a coed. “After careful consideration I have decided to take a break before starting at Harvard. It wasn’t an easy decision, but it is the right one for me,” she told fans in an Instagram post.

“These past few years have been so full and busy that I realized I could use some time to refocus and recenter to be the strongest version of myself. I am so grateful to have the support of my parents and Harvard in making this decision and look forward to focusing on some self-care and getting prepared to start this exciting next chapter in my life,” Jazz continued.

She ended up filming seasons 6 and 7 of her reality show, I Am Jazz, before deciding she was ready to commit to college life.

Jazz was finally ready to start her collegiate journey in January 2022, and found out she was re-admitted to the school. In a January 18, 2022, TikTok video, Jazz told fans she got an email from Harvard and began to read it aloud. “Good news,”she exclaimed, revealing the contents read, “You’re approved to return. Welcome to Harvard again!”

What Is Jazz Jennings’ Major at Harvard?

The South Florida native hasn’t made her major public but has given several hints about what her future plans could include. After her 2019 Harvard acceptance, she said in a TLC online video that she hoped to major in “philosophy, gender, and religion,” but she would decide on her field of study once she enrolled.

However, Jazz showed an interest in pursuing a career in medicine after interning with plastic surgeon Dr. Sidhbh Gallagher during season 7 of her reality show.

“It was pretty masterful, to watch Dr. Gallagher work.She was able to stitch up everything super meticulously and the way she did the stitching was just so fast … she’s an artist,” Jazz gushed on the February 1, 2022, season finale episode of her series.

“Plastic surgery is like art, so to be able to do something like that, to change people’s lives in that way, like, it’s everything I stand for. And I definitely am not eliminating medical school as an option for me,” she added.

How Did Jazz Jennings Become Famous?

During a 2007 interview with Barbara Walters for ABC News’ 20/20, a then-6-year-old Jazz explained her story as one of the youngest documented transgender cases. She underwent the first of three gender confirmation surgeries in 2018, when she was 17 years old. 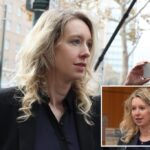 Elizabeth Holmes tried ‘to flee’ to Mexico after conviction: prosecutors 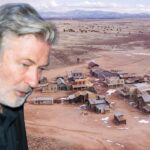