In a family where getting married usually comes in one’s early 20s, Jana Duggar has defied the odds. She’s a proud single woman despite being the eldest girl in the family and hasn’t been afraid to share her empowering views on how she doesn’t need a man to make her life complete. Scroll down for everything we know about her dating history.

Who Has Jana Duggar Courted?

Jana was born in 1990, making her 32 years old in 2022. She’s shown few signs of going through the usual courting process that her younger siblings have done on their way to getting engaged and married. She was rumored to be courting pilot Stephen Wissman in early 2021, but the romance appeared to fizzle out. During courting, a couple aren’t allowed to touch or be alone together, as it is a period of getting to know each other that is more conservative than traditional dating.

Is Jana Duggar Dating Anyone Now?

As of December 2022, it appears that Jana is still single and not in a rush to settle down.

What Has Jana Duggar Said About Courting and Dating?

“I feel like these days, probably one of the most common questions is, am I in a relationship?” Jana began during a September 2020 episode of TLC’s Counting On.

“Sometimes it gets a little old. I’m like, ‘No I’m not, no, I don’t have anyone.’ Usually, I’ll just answer it and go on,” she told producers during a confessional and continued, “Sometimes it can get a little, like, ‘What? It’s not the only thing in the world to talk about.’”

“Maybe it will happen when I least expect it. As for now it’s nice, I get to do a lot of things,” Jana, who was charged with endangering the welfare of a minor in September 2021, revealed during a visit to the hairdresser about the freedom she has as a single woman.

“People here and there … they feel bad for me! I’m like, ‘Whatever.’ They’re like, ‘Hey, I have a nephew,’ or ‘I have a cousin.’ And I’m like, ‘Oh, thanks,’” she said during the episode’s salon trip about how she hates how others are always trying to set her up. Later in the episode, Jana told her stylist, “Some are like, ‘Oh man, are you picky?’ I’m like, ‘I don’t think so!’”

What Is Jana Duggar’s Net Worth?

Jana has an estimated net worth of $400,000, according to Celebrity Net Worth.

She has proved to be happy in her own life, working as a home remodeler with a passion for interior design. Her work has allowed her to do much more traveling — something she’s really come to enjoy — than her siblings who are married with children.

She may not have found Mr. Right yet, but Jana seems perfectly happy with the life she has built for herself! 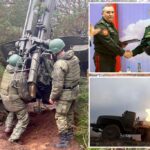 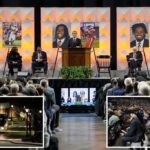