Real drama? TLC’s Extreme Sisters may be too much for some, but the ladies are back for season 2 of their hit reality series and their bonds are stronger than ever. Jessica Dunagan and Christina Manning are still the “Psychic Sisters” and Anna and Lucy DeCinque still share a fiancé, which leads some viewers to question if the series is real or scripted. Keep reading for theories, clues and details about Extreme Sisters ahead of the season 2 premiere.

Is ‘Extreme Sisters’ Real or Scripted?

While it’s largely known that reality TV typically has producers driving the plot behind the scenes for added drama, some TLC viewers seem to think Extreme Sisters takes it to the “extreme.”

“Look. I get it. Reality TV is bulls–t. It’s production driven. But for crying out loud AT LEAST TRY,” one Reddit user shared in a 2021 post. “The Australian and Gig Harbor sisters give me real fun fake reality tv vibes,” they continued, referring to the DeCinques as well as Jessica and Christina.

“But these Oklahoma girls? With ‘walking’ in on their parents in the hot tub? Ugh. And the fake baby name??? Staaaaaaaaaahp,” the post continued, referring to Brooke Johnston and Baylee Eaton – who are not returning for the second season.

It seems the Redditer is not alone in thinking that Extreme Sisters might be scripted, as one user commented, “All of their scenes are waaaaay to staged [sic].” Another added, “I think their storyline is completely fake.”

However, another Redditer took to the site to clear up the misconception, claiming that Anna and Lucy are not playing it up for cameras because they reportedly have a medical diagnosis.

“I get what you’re saying, but the Australian sisters aren’t being fake or doing this for TV,” the user wrote. “They have an OCD condition and have been this way for many years.”

While fans are unsure what to believe when it comes to the storylines, the show’s executive producer, Joshua Ackerman, explained the vetting process behind casting the quirky siblings.

“With a series like Extreme Sisters that explores such deep, lifelong relationships it really comes down to what stories are the most captivating and have the most heart,” Joshua told Distractify in April 2021. “Viewers will quickly discover how authentic these people are.”

Season 2 of Extreme Sisters premiere on Monday, January 23, at 9 p.m. ET on TLC. 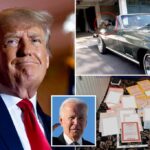 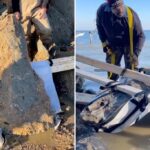