Will Danny ​Masterson Appear on ‘That ‘90s Show’?

Despite starring as Hyde on Fox’s That ‘70s Show from 1998-2006, Masterson is not expected to appear on That ‘90s Show amid rape allegations made against him.

What Did Danny Masterson Do?

In June 2020, the Los Angeles Police Department charged Masterson with three counts of rape following a three-year investigation. He’s been accused of raping one woman in 2001 and two women in 2003.

The first trial took place in November 2022, though it was declared a mistrial after the jury could not come to a conclusion. On November 18, Judge Charlaine F. Olmedo told the deliberators to take a week-long break and come to a consensus after Thanksgiving.

By November 30, the jury was not able to come to a consensus and they remained divided after seven voting attempts.

“While we are disappointed with the outcome in this trial, we thank the jurors for their service,” the Los Angeles District Attorney’s Office told In Touch in a statement at the time. “We also want to give our heartfelt appreciation to the victims for bravely stepping forward and recounting their harrowing experiences. We also are thankful for the hard work of the prosecution team and we will now consider our next steps as it relates to prosecuting this case.”

Jury selection for Masterson’s retrial has been scheduled for March 29, 2023.

Kurtwood Smith and Debra Jo Rupp are reprising their roles as Red Forman and Kitty Forman and will star on the show as main characters.

That ‘90s Show follows Leia Forman, the daughter of Eric and Donna Forman, as she visits her grandparents Red and Kitty for the summer. 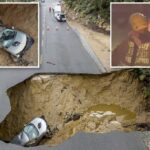 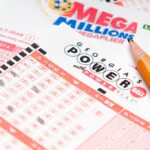