End of an era? Following her split from ex-husband Kody Brown, Christine Brown relocated from Flagstaff, Arizona, to Utah, leaving fans of their TLC series wondering if she is leaving the show. Keep reading for everything we know about Christine’s status on Sister Wives.

“This is the last day I am on the set in Flagstaff. And it is a little bittersweet,” the reality star, 50, said in a Tuesday, December 27, TikTok video. “This is the couch right here that I’ve sat on for years talking about the show and discussing my feelings.”

“I filmed this the last day I was on the Flagstaff set,” Christine captioned the behind-the-scenes footage, adding that she traveled between Utah and Arizona “for a year.” “An 8 hour drive every other week. So glad to finally settle in Utah!”

While the Cooking With Just Christine star explained that she will no longer be filming with the family in Flagstaff, it doesn’t appear that she is done with the show entirely.

Just six weeks prior to sharing her TikTok video, Christine took to Instagram to announce that she was “finally filming in [her] house in Salt Lake!!”

“#newbeginnings,” she added alongside her November 15 selfie.

After more than 20 years of marriage, Christine announced her split from the polygamous patriarch in November 2021.

“After more than 25 years together, Kody and I have grown apart and I have made the difficult decision to leave,” she shared via Instagram at the time. “We will continue to be a strong presence in each other’s lives as we parent our beautiful children and support our wonderful family. At this time, we ask for your grace and kindness as we navigate through this stage within our family.”

Will ‘Sister Wives’ Be Canceled?

One year after the mother of six announced she was leaving the polygamous family, In Touch broke the news that fellow sister wife Janelle Brown had ended her relationship with Kody as well.

“Janelle is a strong independent woman and realized she can do it on her own,” a source told In Touch on December 9.

Just days later, Meri Brown confirmed her split from the businessman in a clip from the Sister Wives: One on One tell-all which aired on December 18.

While the future of Sister Wives is unclear, Kody is currently only married to his fourth wife, Robyn Brown. 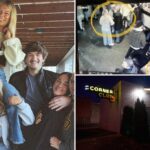 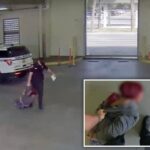