Here comes the bride? 1000-Lb. Sisters star Tammy Slaton sparked engagement rumors when she went public with her new romance with a man named Caleb. Keep reading to learn about her love life.

Tammy became engaged to a man named Caleb in October, a source told The Sun in November.

In a video of the proposal shared by the outlet, Caleb was seen placing a ring on Tammy’s finger and telling her how much he loves her. The TLC star happily agreed to marry him as she kissed and hugged her new fiancé.

The insider told the outlet that they have no interest in a long engagement and they’re already in the process of obtaining a marriage license.

How Did Tammy Slaton Meet Her Fiance?

Tammy met Caleb at a weight loss treatment center in Ohio, where she has been living for almost a year.

“They have a lot of the same struggles that they can share,” the source told The Sun about the newly engaged couple. “They’ve been a huge support for each other [in rehab], which is awesome.”

The reality star entered the rehab facility for her food addiction in November 2021. Soon after her arrival, Tammy experienced a health scare and had difficulty breathing. She was rushed to the hospital, where she was placed in a medically induced coma before she underwent a tracheotomy to insert a trach tube.

Following her hospitalization, Tammy has recovered and has lost 115 pounds while in rehab.

Who Else Has Tammy Slaton Dated?

Before her romance with Caleb, Tammy revealed she split from her on-off boyfriend Phillip Redmond in August.

She shared the news in a TikTok video posted on August 20. After a fan asked, “what happened to the SSBBW king?” Tammy replied, “I’m not gonna be rude.”

The TV personality noted that the decision was “personal,” adding, “S–t happens and you move on. This time I’m not going back.”

While she didn’t feel comfortable sharing too much information about the split, Tammy did give fans a glimpse into her new life as a single lady at the time. She shared another video via TikTok earlier that day, which showed her mouthing along to a singer repeating, “I’m single.”

“Being single sucks but I’m learning more about myself every day,” she wrote alongside the clip.

Tammy also revealed she was dating a man with Mikey Mooney in May, though appeared to reconnect with Phillip soon after she made her relationship with Mikey Facebook official. 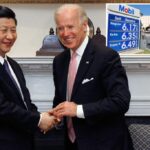 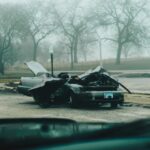 Types of Evidence in a Car Accident Claim