WASHINGTON — A conservative group has claimed that the University of Pennsylvania’s Biden Center for Diplomacy and Global Engagement flouted rules governing non-profits — in part by giving the future president and his allies “no show” jobs, The Post has learned.

The previously little-known center was thrust into the national spotlight Monday with the revelation that classified documents dating from President Biden’s vice presidency were found at its Washington offices — ultimately leading to the appointment of special counsel Robert Hur to determine whether Biden or others in his orbit illegally mishandled records.

The America First Legal Foundation, led by former Trump White House official Stephen Miller, submitted an IRS Form 13909 complaint asking tax authorities to look into whether the center illicitly paid Biden and others for no work, among other possible violations.

Biden earned nearly $1 million from the University of Pennsylvania from 2017 to 2019, despite just nine reported public engagements with students, some of which appeared to be unrelated to his appointment as “Benjamin Franklin Presidential Practice Professor” — such as a November 2017 visit to promote his own book “Promise Me, Dad.”

After Biden took office as president, he tapped Penn’s longtime president, Amy Gutmann, to be the US ambassador to Germany.

“The evidence is that then-former Vice President Biden was paid nearly a million dollars for appearing on campus six times. Other Obama Administration officials, including the current Secretary of State, were also paid by the Penn Biden Center without providing equivalent services for Penn’s students,” the IRS complaint says.

“Penn’s President, Amy Gutmann, allegedly created the Penn Biden Center to benefit Vice President Biden, and, according to emails on Hunter Biden’s laptop, apparently to benefit his family members as well. In exchange, she was nominated to serve as U.S. Ambassador to Germany.”

“Finally,” the complaint concludes, “the evidence is that the creation of the Penn Biden Center immediately led to a massive influx of donations from foreign sources to Penn, including but not limited to tens of millions of dollars from alleged instrumentalities of the Chinese Communist Party. The quid pro quo for these donations has not been disclosed.”

The IRS says that it doesn’t offer updates to complaining parties due to “tax return confidentiality” and it’s unclear what the tax bureau might ultimately do if it determines that violations occurred.

The University of Pennsylvania did not immediately respond to The Post’s request for comment.

Miller’s group has had prior success with targeted tips about alleged Biden administration misconduct. For example, in October, the Office of Special Counsel determined that White House Chief of Staff Ron Klain violated the Hatch Act with a political retweet from his official account, for which Klain received a warning.

Biden has claimed in public remarks that he was a “full professor” at the Philadelphia university after he left office as vice president, but his critics have noted the irony of him collecting such a large paycheck for so few visits while bemoaning the effects of crippling student debt.

The president’s opponents also note that the Ivy League school received $54.6 million in donations from China from 2014 through June 2019, including $23.1 million in anonymous gifts starting in 2016, according to public records.

The influx in Chinese cash to the school came as first son Hunter Biden and first brother James Biden were seeking business from Chinese-government-linked companies — allegedly with Joe Biden’s blessing.

While Biden was still vice president, Hunter Biden co-founded an investment firm called BHR Partners within weeks of joining his dad aboard Air Force Two on an official trip to Beijing, according to the Wall Street Journal.

BHR Partners says it manages $2.1 billion in assets and has taken a prominent role in Chinese state-backed companies acquiring investments overseas. The company’s website says, “We work with China’s industrial leaders, state-owned enterprises, multinational corporations, as well as with start-up visionaries in their international mergers and acquisitions, domestic restructurings and pre-IPO financings.”

BHR has “unique mixed ownership,” the company says, and “combines the resources and platforms of China’s largest financial institutions (including Bank of China, China Development Bank Capital, Harvest Fund, Postal Savings Bank of China, China Life and the National Council of Social Security Fund) and the networks and know-how of our U.S.-based investment fund and advisory firm shareholders.”

In 2016, BHR Partners facilitated a deal in which a Chinese firm bought a Congolese cobalt mine from American and Canadian companies. The transaction gained significant attention in 2021 when it was spotlighted by the New York Times. Cobalt is an important material for making electric vehicle batteries.

Joe Biden allegedly was involved with a second Chinese venture as well. Hunter and first brother Jim Biden earned $4.8 million from CEFC China Energy in 2017 and 2018, according to the Washington Post’s review of Hunter Biden laptop documents.

Former Hunter Biden business partner Tony Bobulinski says he met with Joe Biden in May 2017 to discuss the CEFC deal and a May 2017 email from another associate, James Gilliar, says the “big guy” was due a 10% cut.  Bobulinski and Gilliar have identified Joe Biden as the “big guy.” 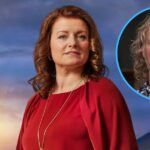 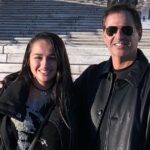