Iran has developed a hypersonic ballistic missile with the speed and maneuverability to allow it to penetrate any defense system, a top Revolutionary Guard aerospace commander claimed Thursday.

Hypersonic missiles can carry nuclear weapons on a complex path at more than five times the speed of sound, making them tough to intercept.

“This missile has a high speed and can maneuver in and out of the atmosphere,” Gen. Amir Ali Hajizadeh was quoted as saying by Iran’s Fars news agency.

“It will target the enemy’s advanced anti-missile systems and is a big generational leap in the field of missiles,” he said, without offering evidence about his claim.

“This means the Islamic Republic of Iran’s new missile can pass through both terrestrial air defense systems and the super-expensive extraterrestrial systems that could target missiles beyond the Earth atmosphere,” Hajizadeh added.

Despite the bluster, there have been no reports of such a missile being tested by Iran, which has developed a large domestic arms industry in the face of international sanctions and embargoes.

But in 2018, concerns about Iran’s ballistic missiles did contribute to a US decision under then-President Donald Trump to pull out of the nuclear pact that Tehran signed with world powers three years earlier.

The deal reached with six major powers — the US, Britain, China, France, Germany and Russia — gave Iran relief from sanctions in return for guarantees it would not develop an atomic weapon.

Last week, Iran said it tested the Ghaem 100, its first three-stage space launch vehicle, which would be able to place 180-pound satellites in an orbit 300 miles above Earth, Reuters reported, citing state media.

The US has called such actions “destabilizing” because space launch vehicles could be used to carry nuclear warheads.

China and the US are believed to be pursuing hypersonic ballistic missiles, which Russia has claimed to have used on the battlefield in Ukraine.

North Korea’s test of a hypersonic missile last year sparked concerns about a race to acquire the weapons. 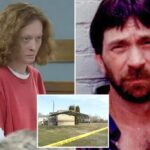 Woman gets 20 years for siccing pit bull on man, killing him 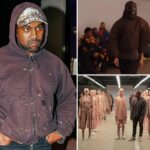