WASHINGTON – Iowa Republicans are turning away from former President Donald Trump in favor of rising star Ron DeSantis, according to a new survey.

A poll released Monday by Neighborhood Research and Media indicated that 32% of likely caucus-goers would make the 44-year-old Florida governor their first choice. Another 30% said their top pick would be the 76-year-old former president.

“With support barely half what it was a year ago in a time when DeSantis’s vote has nearly tripled, Trump becomes a severe underdog in the race,” Rick Shaftan of Neighborhood Research and Media wrote in his analysis.

Another 30% of respondents said they were undecided about who their first choice would be, while no other potential candidate topped double-digit support. Former Vice President Mike Pence would be the first choice of 3% of respondents, while former Ambassador to the United Nations Nikki Haley, Iowa Gov. Kim Reynolds, South Dakota Gov. Kristi Noem, and former Housing and Urban Development Secretary Ben Carson each got 1% support.

When second and third choices were counted — a key dynamic in a caucus state like Iowa — DeSantis had 48% support, Trump had 42%, Pence had 6% and Noem had 3%.

The survey is the latest to show a growing distaste for the former commander-in-chief, who announced his third consecutive White House run Nov. 15.

That same day, a Morning Consult/Politico poll taken after the midterm elections showed that 65% of voters said Trump should “probably” or “definitely” not run – with 53% saying he “definitely” should not.

The Iowa survey also follows a recent YouGov national poll that showed voters favoring DeSantis by seven points over Trump. That poll, released Friday, was the first survey of the 2024 cycle to show the Florida governor ahead of Trump among Republican voters nationwide.

The YouGov poll indicated 42% of Republicans and GOP-leaning independents preferred DeSantis over Trump to top the party’s presidential ticket, while 35% stayed true to Trump.

The Neighborhood Research and Media poll surveyed 393 likely Republican caucus-goers between Nov. 14 and Nov. 18. The poll has a margin of error of plus-or-minus five percentage points. 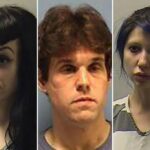 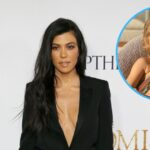 Kourtney Kardashian Kept Son Reign’s Hair After He Cut It